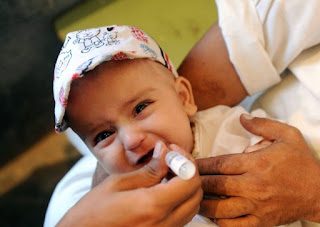 The World Health Organisation has declared Gabon a “polio-free country”, given the lack of new reported or suspected cases in the central African country. According to a WHO statement obtained, the UN health agency nonetheless recommended taking the necessary steps to continue monitoring for possible signs of the disease.
Cases of polio have decreased by 99 per cent since 1988, when polio was endemic in 125 countries and 350,000 cases were recorded worldwide.
Static/Current Takeaways Important for IBPS SO Prelims 2017 Exam-
Source- All India Radio (AIR News)


Read This News in Hindi