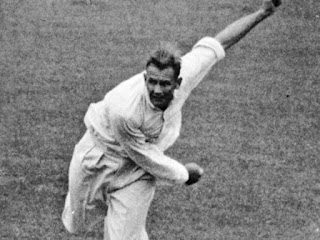 World’s oldest cricketer, Lindsay Tuckett, passed away in Bloemfontein at the age of 97. Tuckett represented South Africa in 9 Test matches against England between 1947 and 1949.
Tuckett was the backbone of the South African pace attack in the years immediately following World War II. Record books show that Tuckett made his debut in the first Test at Trent Bridge, Nottingham in 1947, taking 5/68 in the first innings in 37 overs. In his full international career he took 19 wickets, including two five-wicket hauls.
So let’s do:
1. World’s oldest cricketer, ________, passed away in Bloemfontein at the age of 97.