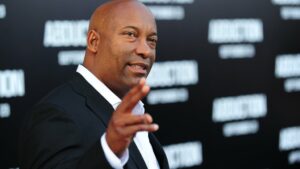 John Singleton, an Academy Award-nominated filmmaker has passed away following complications from a stroke. He was best known for directing “Boyz N the Hood” and “Poetic Justice,”. Singleton became the first black filmmaker nominated for a Best Director Oscar for his debut feature from 1991, “Boys N The Hood.” He was only 24 at the time.