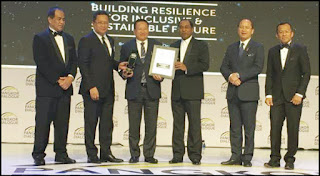 Nagaland Chief Minister T R Zeliang has received ‘Pangkor Dialogue Award 2016’ in Malaysia for the efforts made by the people of the state for environmental preservation and promotion.
The award was handed over to him last evening at a function at Ipoh city in Malaysia in the presence of leaders, academicians and personalities from various parts of the world, a release issued by CMO. Zeliang was awarded by the organisers- Institute Darul Rudzuan and the Malaysian government.
So let’s discuss some questions related to this post:
1. Who is the chief minister of Nagaland?
2. Name the person, who has received ‘Pangkor Dialogue Award 2016’?
Source – Business Standard