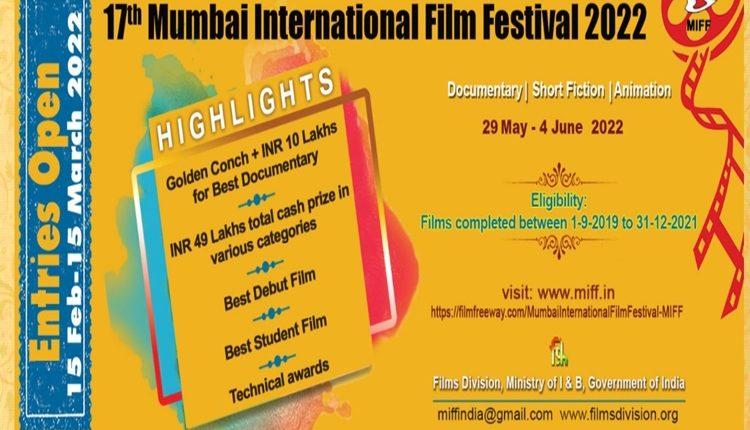 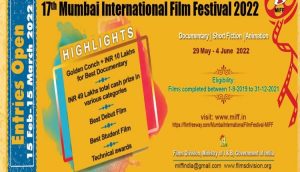 The 17th edition of the Mumbai International Film Festival for Documentary, Short Fiction and Animation films (MIFF-2022) is scheduled to take place from 29 May to 4 June, 2022 at the Films Division complex, Mumbai. Those films which were completed between September 1, 2019, and December 31, 2021, are eligible. The best documentary of the festival will receive a Golden Conch and 10 lakh in a cash award. As India is celebrating Azadi ka Amrit Mahotsav, the current edition has instituted a special award for the best short film on the theme India@75.

The programme is organized by the Films Division, Ministry of Information and Broadcasting since 1990, with support from the Government of Maharashtra, and focuses on documentary, short fiction and animation films. It is the oldest and largest festival for non-feature films in South Asia.