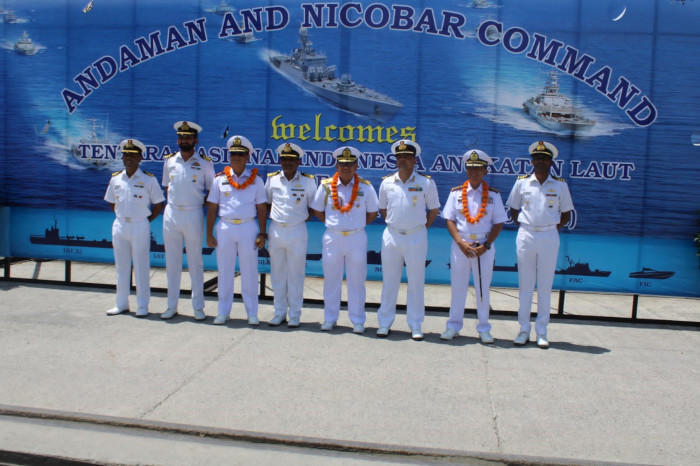 The 39th edition of India-Indonesia Coordinated Patrol (IND-INDO CORPAT) between the Indian Navy and the Indonesian Navy is being conducted from 08 – 19 December 2022. Indian Naval Ship (INS) Karmuk, an indigenously built Missile Corvette participated in the pre-deployment briefing at Belawan, Indonesia.

The CORPAT will be executed along the International Maritime Boundary Line (IMBL) from 15 to 16 December 2022 and will conclude with a debrief at Port Blair. Along with INS Karmuk, L-58 (indigenously built Landing Craft Utility vessel) and Dornier Maritime Patrol Aircraft will be participating in the CORPAT. KRI Cut Nyak Dien, a Kapitan Pattimura Class Corvette, would represent the Indonesian side.

Aim Of This Exercise:

The 39th edition of IND-INDO CORPAT seeks to bolster the maritime cooperation between the two navies and forge strong bonds of friendship between India and Indonesia.

As part of Government of India’s vision SAGAR (Security And Growth for All in the Region), Indian Navy has been proactively engaging with countries in the Indian Ocean Region (IOR) to enhance maritime security in the region.

India and Indonesia have been carrying out CORPATs twice a year since 2002, with an aim of keeping this vital part of the IOR safe and secure for commercial shipping, international trade and conduct of legitimate maritime activities.

It further helps enhance the operational synergy by exchange of information for prevention of smuggling, illegal immigration and for conduct of Search and Rescue (SAR) operations at sea.