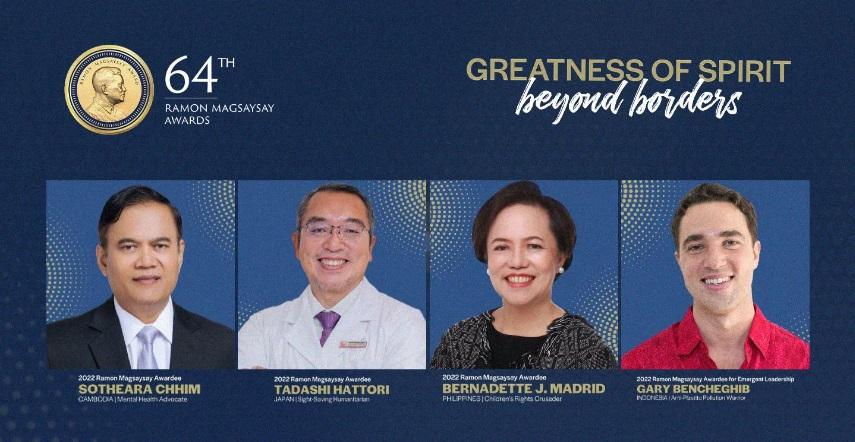 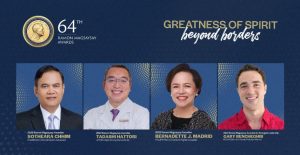 i. Sotheara Chhim-He is a mental health advocate from Cambodia. He is a leading voice in Cambodian trauma syndrome. He is being recognized for “his calm courage in surmounting deep trauma to become his people’s healer”. As a child, he was forced to work in Khmer Rouge camps for more than three years until their rule ended in 1979.
ii. Tadashi Hattori-He is a sight-saving humanitarian from Japan. He is being recognized for his simple humanity and extraordinary generosity as a person and a professional. He decided to become a doctor at age 15 when he witnessed the rude treatment that his cancer-stricken father received in a hospital.
iii. Bernadette J. Madrid-She is a children’s rights crusader from the Philippines. She is being recognized for “her unassuming and steadfast commitment to noble and demanding advocacy. Since 1997, she has led the country’s first child protection centre at the Philippine General Hospital in Manila. It has served more than 27,000 children as of last year.
iv. Gary Bencheghib-He is an anti-plastic pollution warrior from Indonesia. He is being recognized for Emergent Leadership for “his inspiring fight against marine plastic pollution.