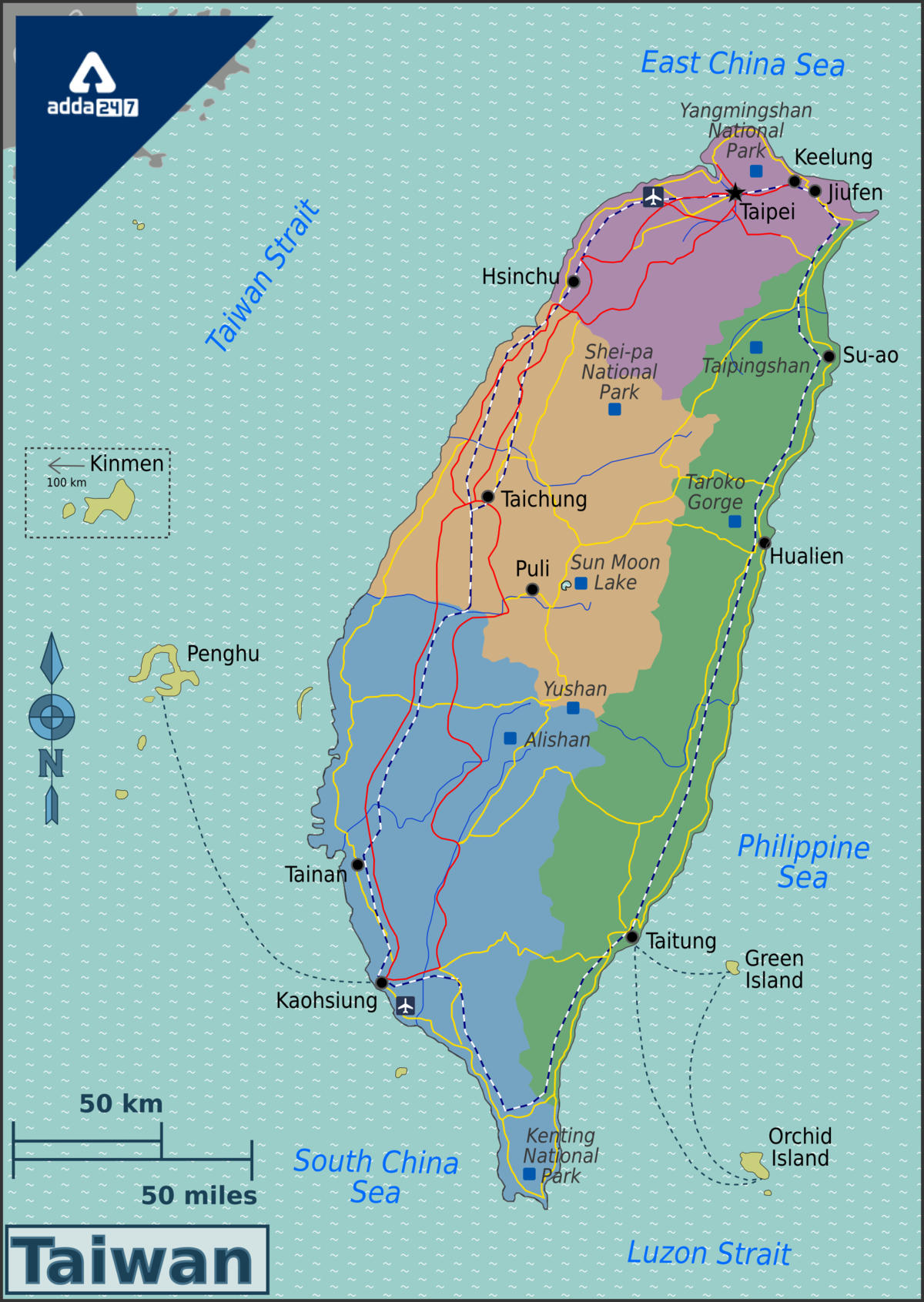 Chinese President Xi Jinping warned against meddling in China’s dealings with Taiwan during a phone call with his U.S. counterpart, Joe Biden, that gave no indication of progress on trade, technology or other irritants, including Beijing’s opposition to a top American lawmaker’s possible visit to the island, which the mainland(China) claims as its own territory.

President Xi also warned against splitting the world’s two biggest economies. Business-people and economists warn such a change, brought on by Chinese industrial policy and U.S. curbs on technology exports, might hurt the global economy by slowing innovation and increasing costs.

History Of The Issue:

Settlement of the Taiwan issue and realization of the complete reunification of China embodies the fundamental interests of the Chinese nation. The Chinese government has worked persistently toward this goal in the past 50 years. From 1979, the Chinese government has striven for the peaceful reunification of China in the form of “one country, two systems” with the greatest sincerity and the utmost effort. Economic and cultural exchanges and people-to-people contacts between the two sides of the Taiwan Straits have made rapid progress since the end of 1987. Unfortunately, from the 1990s, Lee Teng-hui, the leader of the Taiwan authorities, has progressively betrayed the One-China Principle, striving to promote a separatist policy with “two Chinas” at the core, going so far as to openly describe the cross-Straits relations as “state to state relations, or at least special state to state relations.” This action has seriously damaged the basis for peaceful reunification of the two sides, harmed the fundamental interests of the entire Chinese nation including the Taiwan compatriots, and jeopardized peace and stability in the Asia-Pacific region. The Chinese government has consistently adhered to the One-China Principle and resolutely opposed any attempt to separate Taiwan from China. The struggle between the Chinese government and the separatist forces headed by Lee Teng-hui finds its concentrated expression in the question of whether to persevere in the One-China Principle or to create “two Chinas” or “One-China, one Taiwan.”

The One-China Principle is the foundation stone for the Chinese government’s policy on Taiwan. On Comrade Deng Xiaoping’s initiative, the Chinese government has, since 1979, adopted the policy of peaceful reunification and gradually evolved the scientific concept of “one country, two systems.” On this basis, China established the basic principle of “peaceful reunification, and one country, two systems.” The key points of this basic principle and the relevant policies are: China will do its best to achieve peaceful reunification, but will not commit itself to rule out the use of force; will actively promote people-to-people contacts and economic and cultural exchanges between the two sides of the Taiwan Straits, and start direct trade, postal, air and shipping services as soon as possible; achieve reunification through peaceful negotiations and, on the premise of the One-China Principle, any matter can be negotiated. After reunification, the policy of “one country, two systems” will be practiced, with the main body of China (Chinese mainland) continuing with its socialist system, and Taiwan maintaining its capitalist system for a long period of time to come. After reunification, Taiwan will enjoy a high degree of autonomy, and the Central Government will not send troops or administrative personnel to be stationed in Taiwan. Resolution of the Taiwan issue is an internal affair of China, which should be achieved by the Chinese themselves, and there is no call for aid by foreign forces. The afore-mentioned principles and policies embody the basic stand and spirit of adhering to the One-China Principle, and fully respect Taiwan compatriots’ wish to govern and administer Taiwan by themselves.