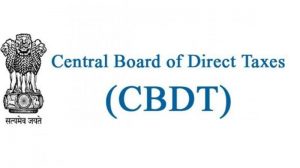 The Central Board of Direct Taxes (CBDT) observed the 161st Income Tax Day (also known as Aaykar Diwas) on 24 July 2021. In India, the Income Tax Day is celebrated every year on July 24, as it was on 24 July 1980 that Income Tax was introduced for the first time in India by Sir James Wilson.

The purpose of this tax was to compensate for the losses incurred by the British regime during the first war of independence against British Rule in 1857. July 24 was first celebrated as Income Tax day in 2010.