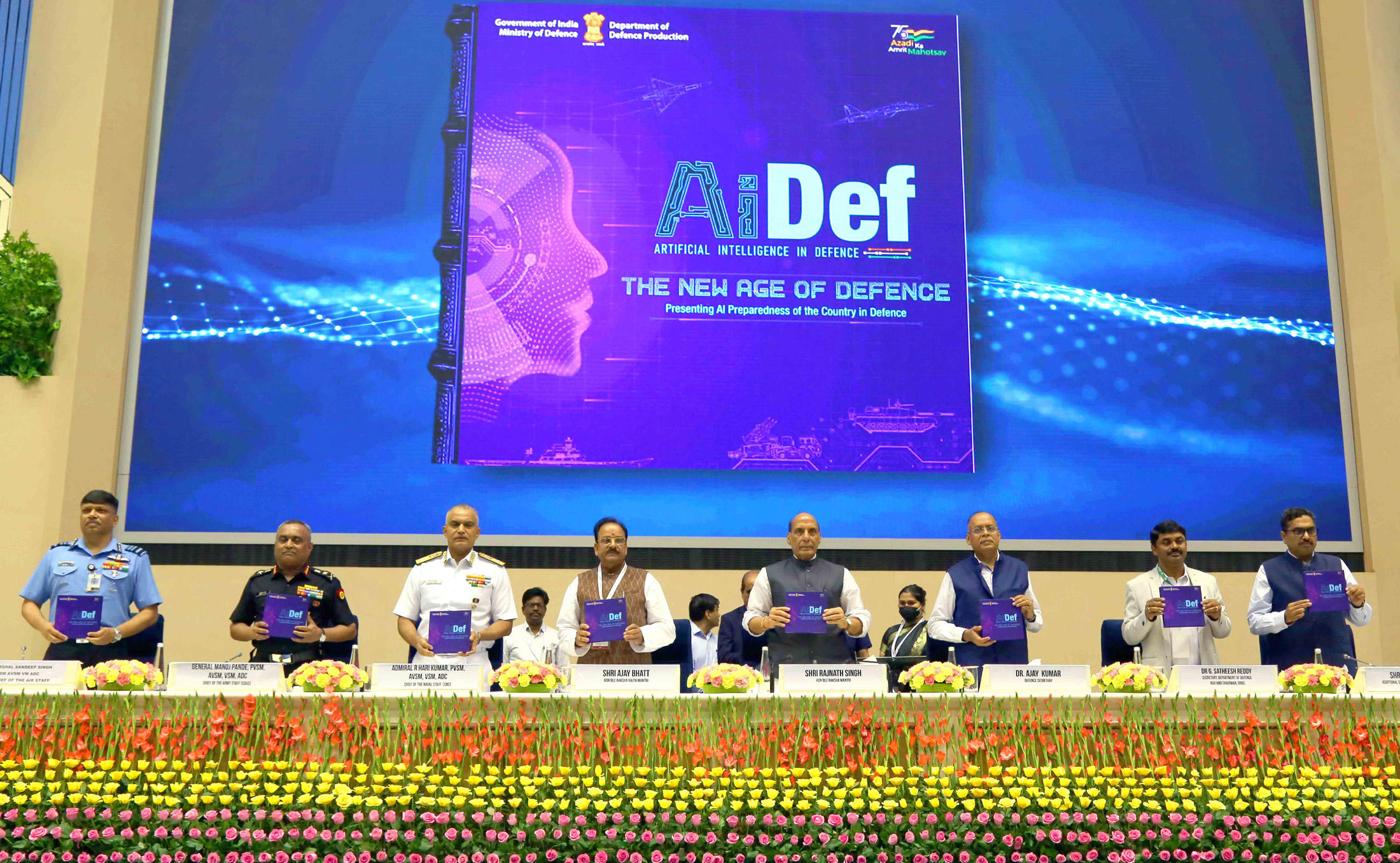 The Department of Defense Production, Ministry of Defense, will host the first-ever Artificial Intelligence in Defence symposium and exhibition in New Delhi, which will be officially inaugurated by Union Defence Minister Shri Rajnath Singh. The event will include a demonstration of the most innovative AI-enabled products that have been created by services, research organisations, industry, start-ups, and entrepreneurs.