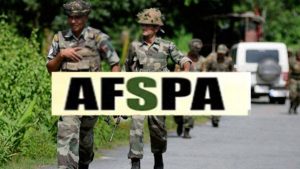 The Assam government has extended the contentious Armed Forces (Special Powers) Act, 1958 (AFSPA) in the state for six more months. The notification came into effect from February 28. Initially, it was the Assam Disturbed Area Act of 1955 during the agitation by Nagas in undivided Assam. This Act gave freehand to some extent to the Army that was repealed with the incorporation of the Armed Forces (Special Power) Act, 1958. AFSPA was imposed in Assam in November 1990 and has been extended every six months since then after a review by the government.

AFSPA, which gives sweeping powers to the security forces to maintain public order in ‘disturbed areas’, has been a contentious issue in the north-east states. Civil society members and activists have claimed that AFSPA gives security personnel a free hand to carry out excesses.