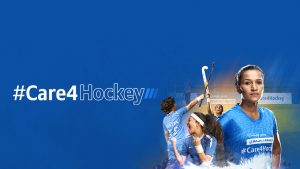 A leading private general insurer in India, Bajaj Allianz General Insurance has started its ‘#Care4Hockey’ Campaign to elevate field Hockey’s recognition in India. The company has partnered with Padma Shri (2020) Rani Rampal, Indian Women’s Hockey Team Captain, who will be the face of the campaign. ‘#Care4Hockey’ is a one of its kind campaign which aims to support the development of Hockey in India from the grass-root level.

‘#Care4Hockey’ is a one of its kind campaign from the Company with a goal to support the development of Hockey in India from the grass-root level. As a part of this association, the Company will contribute towards supporting underprivileged children pursuing hockey in terms of coaching, nutrition, and equipment. With this campaign, the company hopes to support in the development of hockey at the grassroots level, thus providing an opportunity for many, in making their mark in the world and become future role models of tomorrow.