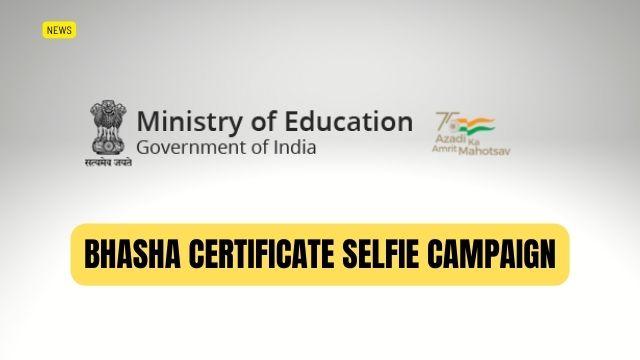 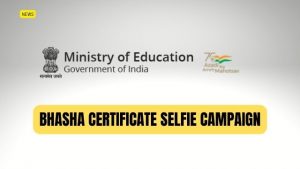 The Ministry of Education has launched a campaign titled ‘Bhasha Certificate Selfie’. The aim of this campaign is to promote the Bhasha Sangam mobile app, launched by the Ministry under the aegis of Ek Bharat Shreshtha Bharat to encourage cultural diversity and promote multilingualism. Bhasha Sangam mobile app was launched on October 31, 2021, by Minister of Education and Skill Development Shri Dharmendra Pradhan, to lay emphasis on the promotion of Indian languages.

The app has been developed by the Ministry of Education and MyGov India and allows users to learn 100+ sentences of daily use in as many as 22 scheduled Indian languages. The ‘Bhasha Certificate Selfie’ initiative is encouraging people to upload their selfie with the certificate using the hashtag #BhashaCertificateSelfie.