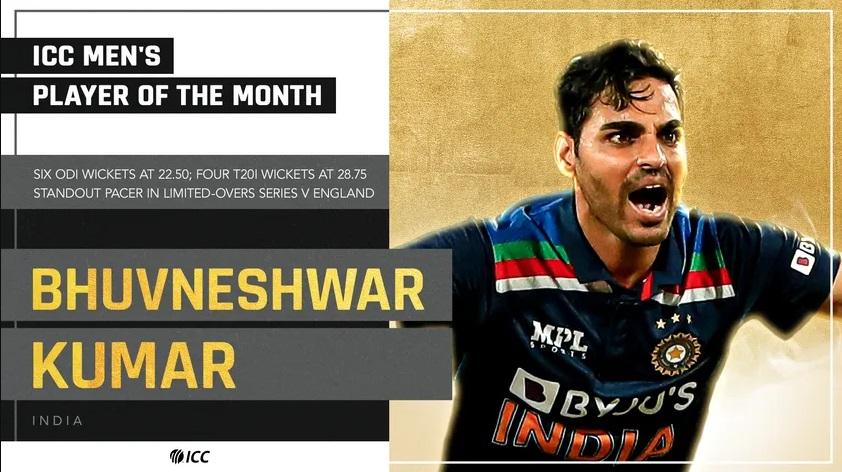 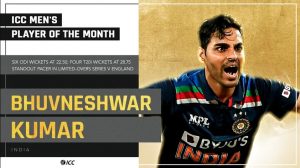 India seamer Bhuvneshwar Kumar has won the ICC Player of the Month award for his superlative show in the recent limited over series against England in March. Bhuvneshwar became the third successive Indian recipient of the award since its inception early this year.

South African Lizelle Lee, who played four ODIs against India where she scored a century and two half-centuries to move to the top of Women’s ODI batting rankings, was named the ICC Women’s Player of the Month for March.