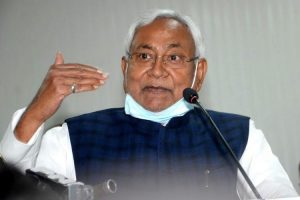 Bihar Cabinet has approved the Ethanol Production Promotion Policy, 2021, becoming the 1st Indian State to have an ethanol promotion policy. The policy allows the extraction of ethanol, which was restricted to sugarcane, from surplus quantities of maize as well. The new policy would permit ethanol production in Bihar from all feedstocks permitted by National Policy on Biofuels, 2018, and subsequently by the National Biofuel Coordination Committee.

The Assembly was informed of the cabinet decision by deputy chief minister Renu Devi as the industry minister Shahnawaz Husain was away in poll-bound West Bengal for campaigning. So far, the government of India has granted permission for ethanol production from B-heavy molasses, C-heavy molasses, grains unfit for human consumption, sugarcane juice, sugar, sugar syrup, surplus rice and maize.