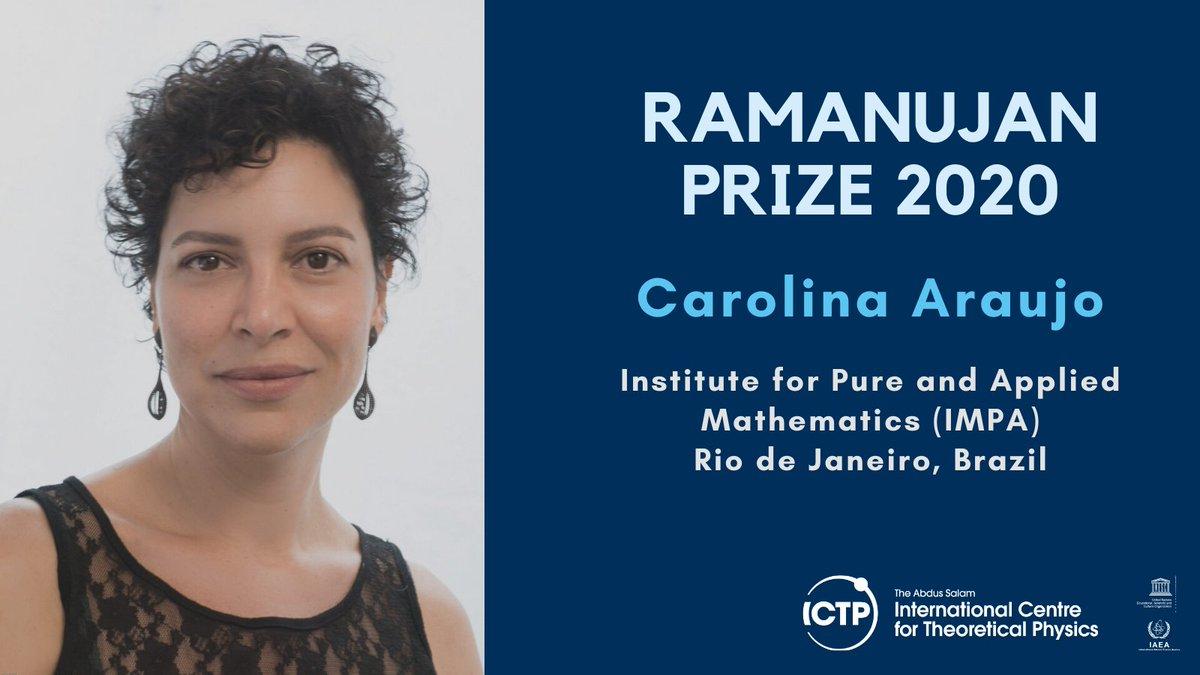 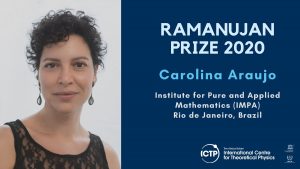 The year 2020 Ramanujan Prize for Young Mathematicians was awarded to Dr Carolina Araujo, Mathematician from the Institute for Pure and Applied Mathematics (IMPA), Rio de Janeiro, Brazil. Her work area focuses on birational geometry, which aims to classify and describe the structure of algebraic varieties.

The prize is awarded annually to a researcher from a developing country funded by the Department of Science and Technology of the Government of India in association with ICTP (International Centre for Theoretical Physics), and the International Mathematical Union (IMU) was given for her outstanding work in algebraic geometry.

Dr. Araujo, who is Vice President of the Committee for Women in Mathematics at the International Mathematical Union, is the first non-Indian women mathematician to receive this prize and will be a role model for all women around the world.