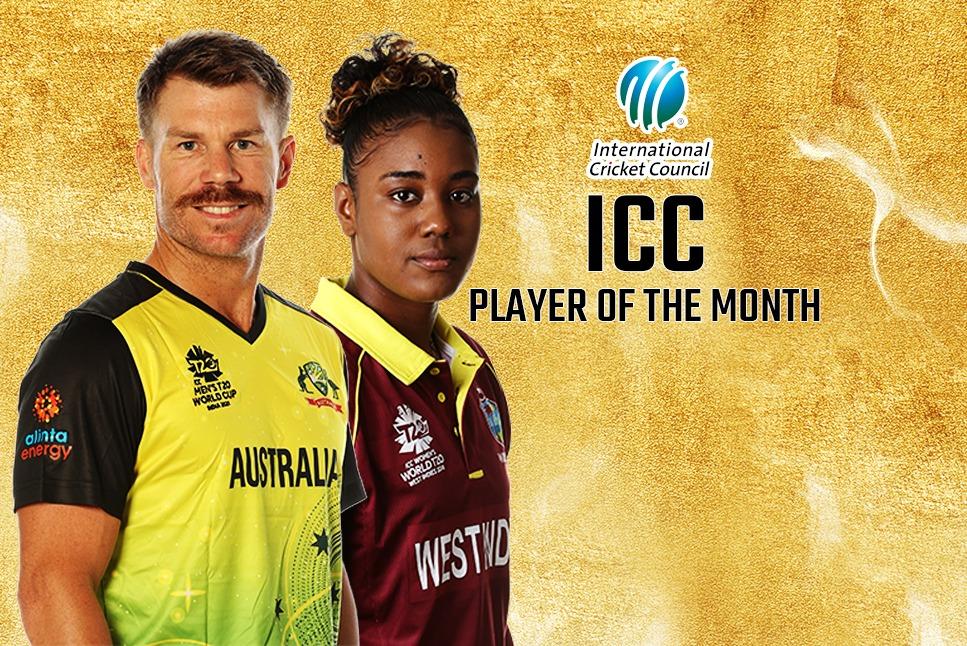 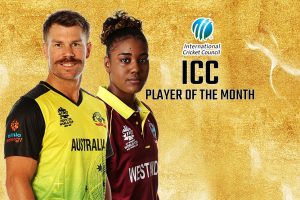 Australia opener David Warner and West Indies all-rounder Hayley Matthews have been voted the ICC Players of the Month for November. Warner, nominated for the ICC Men’s Player of the Month award alongside Pakistan’s Abid Ali and New Zealand’s Tim Southee, emerged victorious with the most votes, following his crucial role in Australia’s triumph in the ICC Men’s T20 World Cup 2021.

Australian opener David Warner has bagged the ICC Player Of The Month for November. The southpaw has been in scintillating form in recent times. He was the Player of the Tournament as Australia won their maiden T20 World Cup title. He then started the Ashes series with a bang by scoring 94 in the first Test at The Gabba.

West Indies all-rounder Hayley Matthews secured the Women’s Player of the Month award. David Warner scored 289 runs in seven matches in the tournament at a strike rate of 146.70, out of which 209 runs came from four games in November. He scored 89 against West Indies in a Super 12 game against the West Indies which was his highest score of the tournament.

The first award was given in January 2021. Given below is the list of winners: