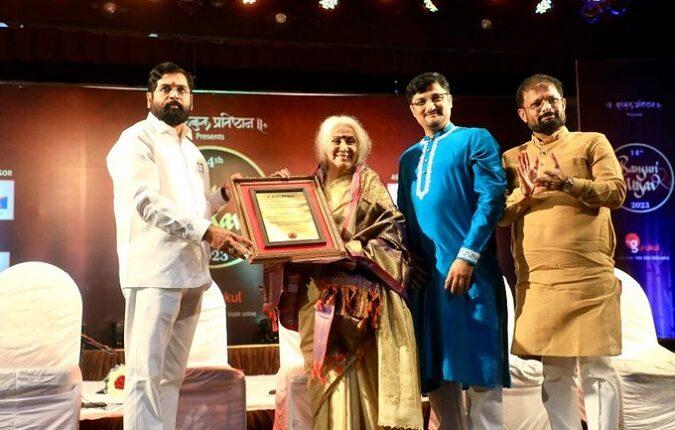 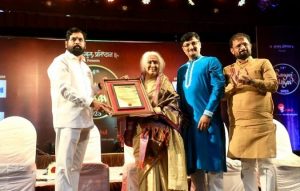 Hindustani vocalist Padma Vibhushan, Dr. Prabha Atre was conferred with the the Pandit Hariprasad Chaurasia Lifetime Achievement Award at the hands of Maharashtra Chief Minister Eknath Shinde. The award was presented to her by Maharashtra Chief Minister Eknath Shinde at Thane near Mumbai. The Chief Minister felicitated Dr Atre at a function at Ram Ganesh Gadkari Rangayatan. Shinde presented Dr Atre with a citation and Rs 1 lakh at the program, during which a symphony of 90 flutists was performed to mark her 90th birthday.

About the Prabha Atre

Prabha Atre (born 13 September 1932) is an Indian classical vocalist from the Kirana gharana. She has been awarded all three of the Padma Awards by the Government of India. Her music training was in the Guru-shishya tradition. She learnt classical music from Sureshbabu Mane and Hirabai Badodekar from the Kirana gharana. She acknowledges the influence of two other greats, Amir Khan for khyal and Bade Ghulam Ali Khan for thumri, on her gayaki. She also has formal training in Kathak dance style.