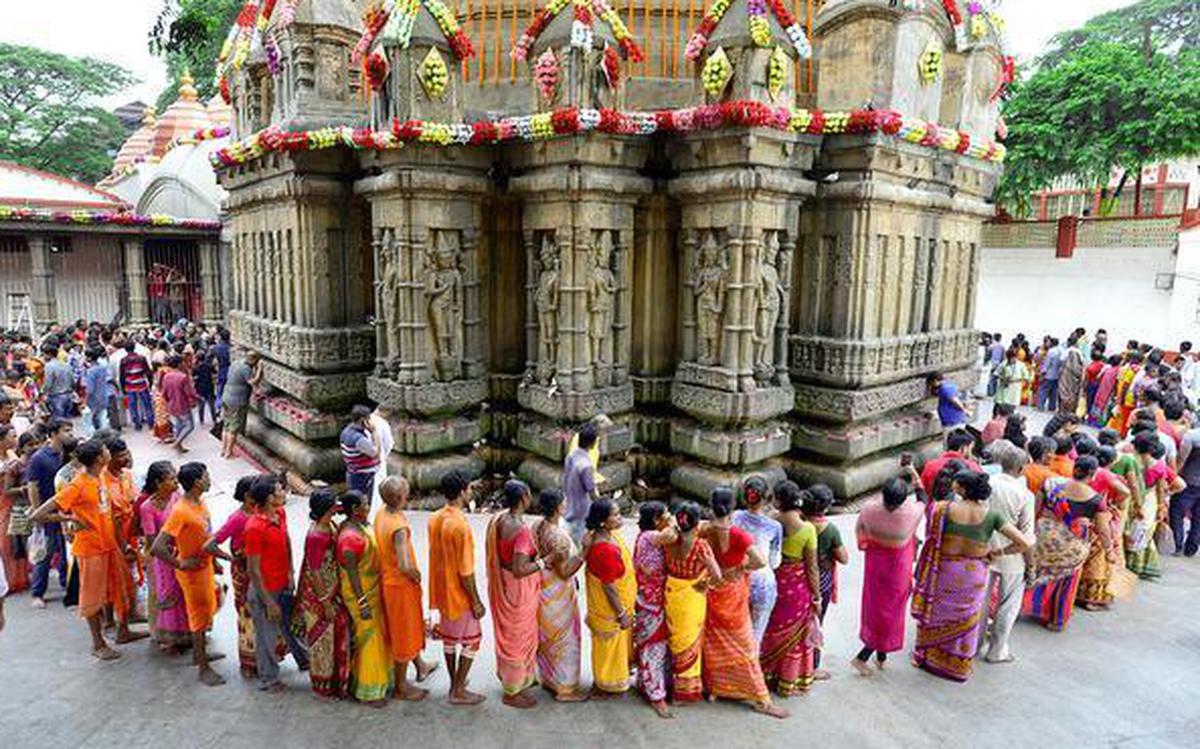 Devotees were finally permitted to take part in the annual Ambubachi Mela at Assam’s renowned Kamakhya Temple after a two-year absence. The head priest of Maa Kamakhya Devalaya, or “Bor Doloi,” Kabinath Sarma, explained that the “Pravritti” was used to symbolically close the temple doors for four days as part of the rites. The door will be unlocked or Nivriti in the morning of the first day.

An annual Hindu festival known as the Ambubachi Mela takes place at the Kamakhya Temple in Guwahati, Assam. This annual festival is held in the middle of June, when the Brahmaputra River is at its highest flow, during the monsoon season, which also happens to fall within the Assamese month of Ahaar.