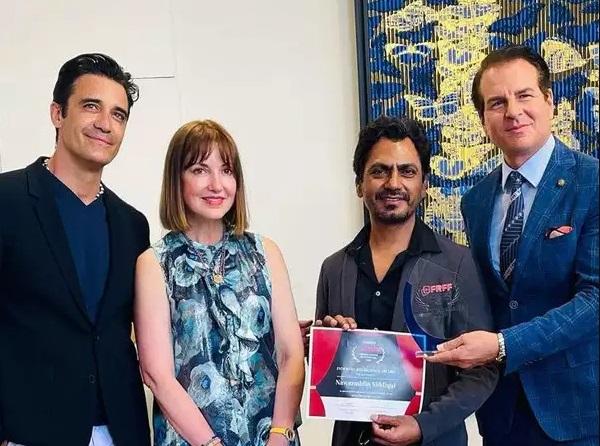 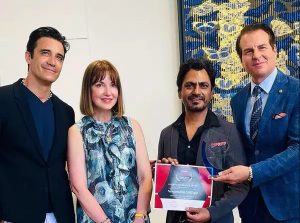 Bollywood actor, Nawazuddin Siddiqui has been honoured with an international award for his contribution to cinema. At the prestigious French Riviera Film Festival, Emmy award-winning American actor Vincent De Paul bestowed the honour to Siddiqui. This is not the first time that Nawazuddin has brought accolades back home. Previously, the actor was chosen as one of the delegates to receive awards on behalf of the nation at the Cannes Film Festival.

Siddiqui’s illustrious career boasts of some terrific films, including Gangs of Wasseypur, Raman Raghav 2.0, The Lunchbox, and Munto. He is the only actor in the world to have eight films officially selected and screened at the Cannes Film Festival. Along with films, he also appeared in web series like Sacred Games and Mc Mafia.