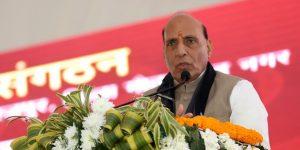 Central Government has constituted an Empowered Group of Ministers (EGoM) to oversee the process of the corporatisation of the Ordnance Factory Board (OFB). Defence Minister Rajnath Singh is the chairman of this EGoM. As part of the “Aatmanirbhar Bharat” (self-reliant India) initiative, the government had announced on May 16 that it would improve the autonomy, accountability and efficiency in ordnance supplies by converting the OFB, which is a subordinate office of the defence ministry, into one or more government-owned corporate entities.

About Empowered Group of Ministers (EGoM):