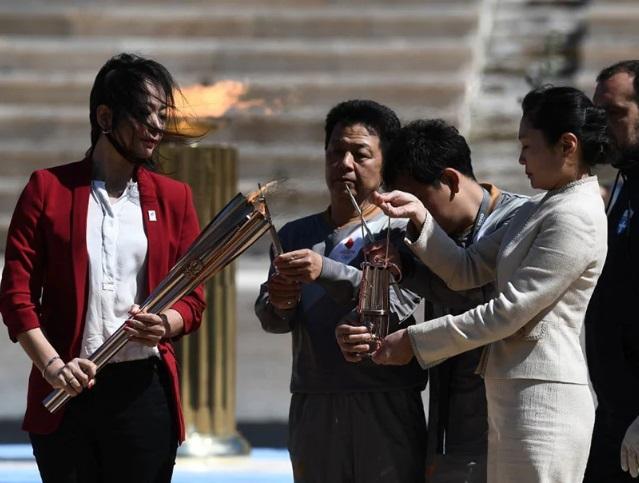 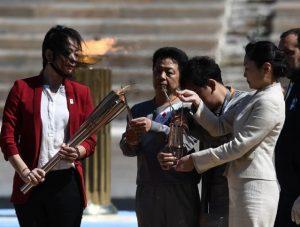 The Olympic Flame was handed over to Tokyo 2020 organizers after the Greece leg of torch relay suspended due to the COVID-19 pandemic. Due to the virus outbreak, the Greek leg of the torch relay was suspended a day after the Flame was lit at a ritual ceremony held on March 12 at ancient Olympia, the birthplace of the Olympic Games 25 centuries ago, in western Greece. The ceremony, which happened at Athens’ iconic Panathenaic stadium, didn’t include the planned cultural ceremonies from Greece or Japan.

Hellenic Olympic Committee President Spyros Capralos handed the torch over to the Tokyo Organising committee represented by Naoko Imoto, who lit the lantern and left with it. The Tokyo Olympic games are slated to be held from July 24 to August 9. However, many athletes raised concern over the quadrennial event happening despite the spread of the deadly Coronavirus.