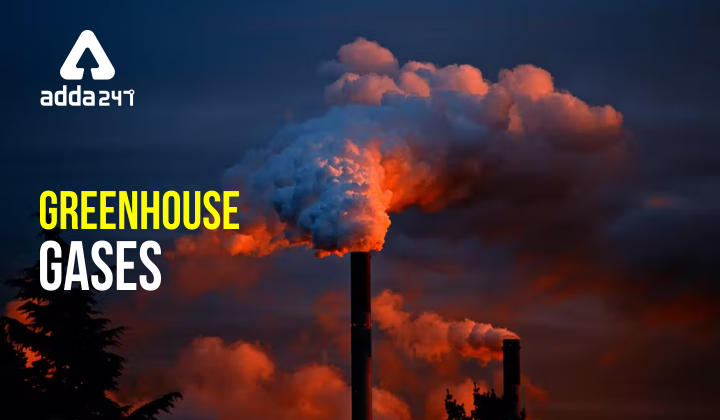 What are Greenhouse Gases?

Today, carbon dioxide is increased up to 50% in the atmosphere due to human activities. The industrial revolution in the world has caused an increase in carbon dioxide from 280 ppm to 419 at present. A massive amount of carbon dioxide is produced due to the combustion of fossil fuels like coal, petroleum, and natural gas, manufacturing of cement, fertilizer, and deforestation.

The main constituents of Earth’s atmosphere such as Nitrogen, oxygen, and Argon are not a part of greenhouse gases. These molecules contain two atoms of the same elements like N2 and O2, which do not let the electrical charge distribute when these molecules vibrate and argon is a monatomic gas that doesn’t vibrate. These gases are not affected by infrared radiation and hence, these are not greenhouse gases. If we consider some molecules which have two atoms of different elements and absorb infrared radiation like Carbon monoxide and hydrogen chloride, these molecules are short-lived in the atmosphere, hence, these gases are also not considered greenhouse gases.

Let’s look into these components in detail.

1. What is the greenhouse effect?
Ans. The energy coming from the sun is trapped, reflected, or transmitted by the earth’s atmosphere. Greenhouse gases trap these energies, which means these gages absorb infrared radiation and increase the temperature. This results in the greenhouse effect.