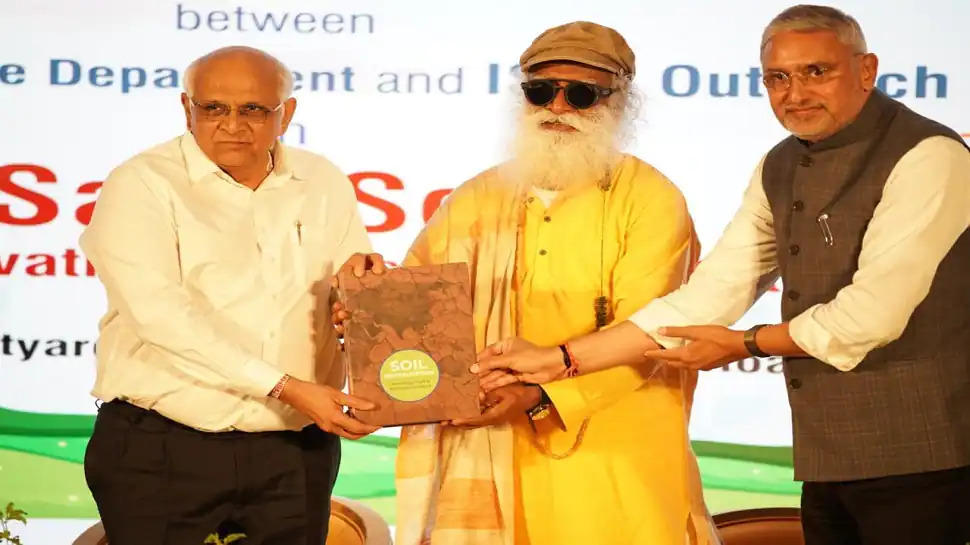 Gujarat’s Climate Change Department has signed a Memorandum of Understanding (MoU) to join the worldwide ‘Save Soil’ initiative. Sadhguru, the Founder and Spiritual Leader of Isha Outreach, and Gujarat Chief Minister Shri Bhupendra Patel signed a Memorandum of Understanding in Ahmedabad. Jaggi Sadguru has set out on a 100-day motorcycle tour to raise awareness about the soil regeneration campaign throughout the world. The 30,000-kilometer journey through Europe, Central Asia, and the Middle East is an attempt to raise awareness among policymakers on the importance of soil. Shri Sadhguru Jaggi Vasudev was in Gujarat as part of this tour to sign an MOU on ‘Save Soil.’

In this regard, during the time of Shri Narendra Modi as Gujarat’s Chief Minister in 2006-07, Gujarat launched a foresight effort called “Soil Health Card” to protect the health and condition of the state’s soil. In the state, there are 115 soil health laboratories that measure nutrient levels in the soil. The ‘Soil Health Card’ plan has now been deployed across the country, thanks to the Prime Minister’s directive.

About the ‘Save Soil’ Campaign:

Important Takeaway For All Competitive Exam: