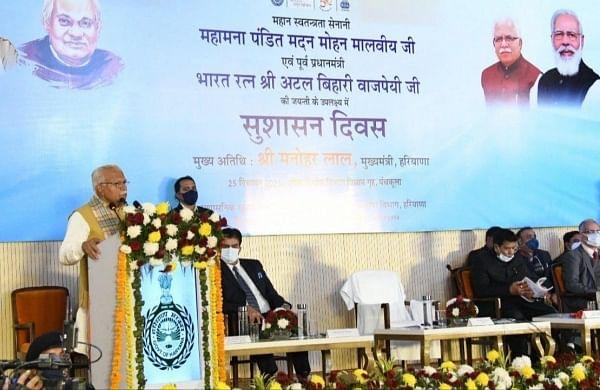 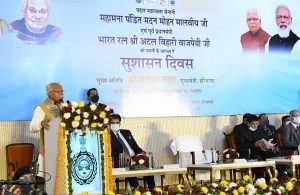 The Chief Minister of Haryana, Manohar Lal Khattar has launched the ‘Haryana Kaushal Rozgar Nigam portal’ and announced to set up the Atal Park & Smriti Kendra in Gurugram, Haryana. The CM also honoured 78 officers and employees for delivering the best services in various fields. He also launched a magazine ‘Vyavastha Parivartan Se Susashan’ and the 2022 official calendar.

Now all the problems of the public are being solved easily through CM Window. So far, more than 8.5 lakh issues have been resolved. The government has abolished the practice of remand in the cases of the Revenue Department. Only a maximum of two appeals can be made in this. Apart from this, a run through the system has been implemented to accelerate the file work. The government has abolished the contractual practice in the recruitments made in the departments.