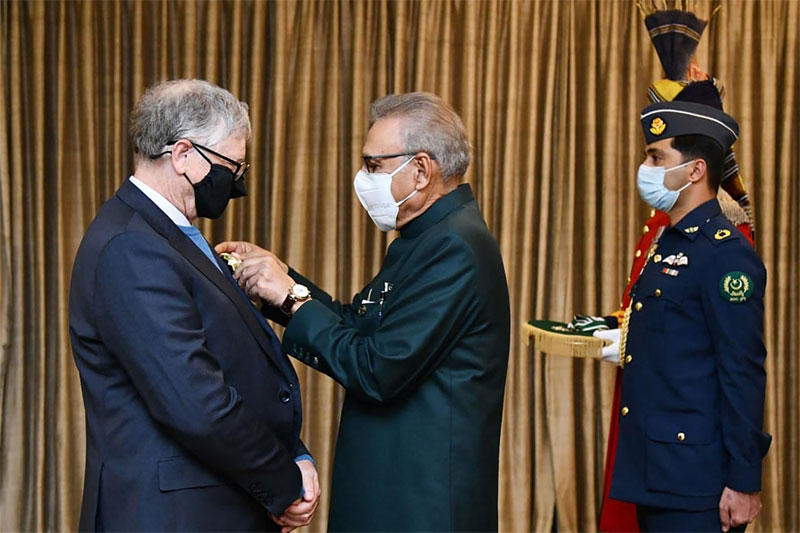 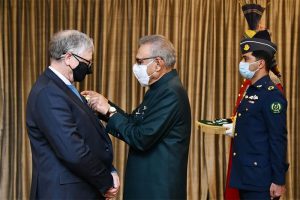 Microsoft founder and philanthropist, Bill Gates has been conferred with Hilal-e-Pakistan, the second-highest civilian honour in the country, for his efforts to help eradicate polio in Pakistan. Gates is on a day-long visit to Pakistan and has met with Pakistan Prime Minister Imran Khan. He also visited the National Command and Control Centre (NCOC) that oversees efforts to curb Covid-19.

According to the statement, Gates appreciated Pakistan’s success against Covid-19 despite resource constraints and the initiatives and measures for public health safety. Bill and Melinda Gates Foundation has been a major contributor in worldwide polio eradication through Gavi, the vaccine alliance. Gates also met Planning and Development Minister and NCOC head Asad Umar and Special Assistant to the Prime Minister (SAPM) on Health Dr Faisal Sultan.