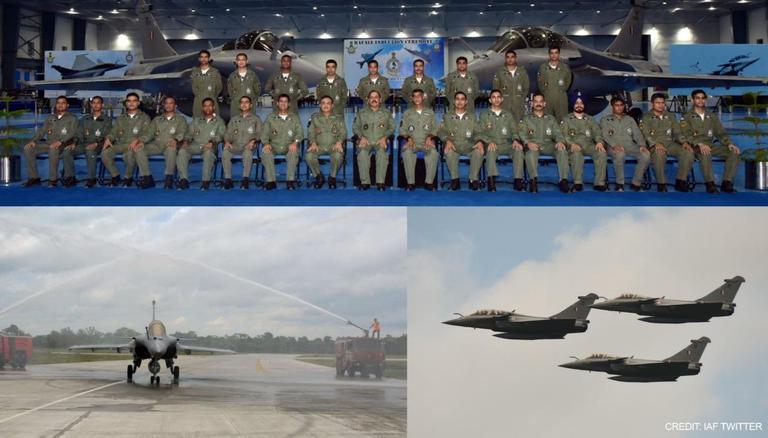 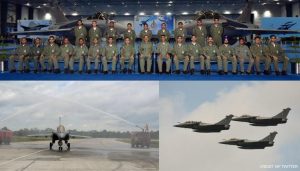 The Indian Air Force (IAF) has formally inducted the second squadron of Rafale jets at West Bengal’s Hasimara airbase in Eastern Air Command (EAC). The event included a fly-past heralding the arrival of Rafale to Hasimara, followed by a traditional water cannon salute. Recalling the glorious history of 101 Squadron, which bestowed upon them the title of ‘Falcons of Chamb and Akhnoor’, Bhadauria urged the personnel to combine their zeal and commitment with the unmatched potential of the newly inducted platform.

Hasimara is the second IAF base to be equipped with Rafale aircraft. The first squadron of the Rafale jets is stationed at Ambala Air Force station. India has so far received 26 Rafale aircraft out of the 36 it has ordered from Dassault Aviation. The first batch of five Rafale jets arrived in India on 29 July 2020, nearly four years after India signed an inter-governmental agreement with France to procure 36 aircraft at a cost of ₹59,000 crores. The Rafale jets are India’s first major acquisition of fighter planes in 23 years after the Sukhoi jets were imported from Russia. The Rafale jet is capable of carrying a range of potent weapons.

About the Rafale jets: