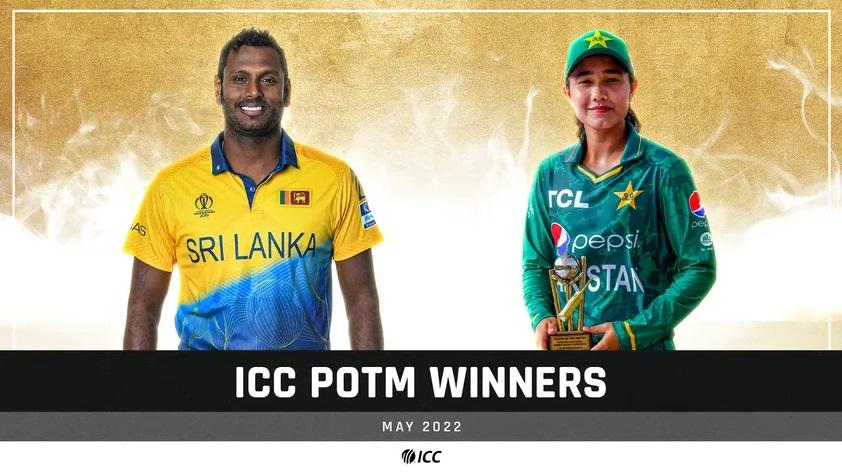 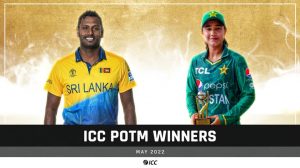 The International Cricket Council (ICC) has announced that Sri Lanka’s batting star Angelo Mathews and Pakistan’s debutante spin sensation Tuba Hassan have been voted the ICC Men’s and Women’s Players of the Month for May 2022. Fans can continue to vote every month for their favourite male and female cricketers across all formats of international cricket as part of the ICC Player of the Month initiative by registering at www.icc-cricket.com/awards.

Why this award is given to Angelo Mathews?

Mathews was selected the stand-out male player after piling on runs over the course of his side’s impressive ICC World Test Championship series victory against Bangladesh. Mathews becomes the first Sri Lankan player to be named the Player of the Month since its inception in January 2021, scooping the award ahead of fellow nominees Asitha Fernando (Sri Lanka), and Mushfiqur Rahim (Bangladesh).

Why this award is given to Tuba Hassan?

On the other hand, Hassan was awarded the to honour after enjoying significant success with the ball during her debut international series. The 21-year-old leg spinner was instrumental in restricting scores set by opponents Sri Lanka in the three-game T20I series in Pakistan, where she captured the Player of the Series award, taking five wickets at an average of 8.8 and an economy rate of 3.66. In securing this month’s award, Hassan overcomes fellow nominees in compatriot Bismah Maroof, and Jersey’s Trinity Smith. Tuba is the first female player from Pakistan to win in the award.