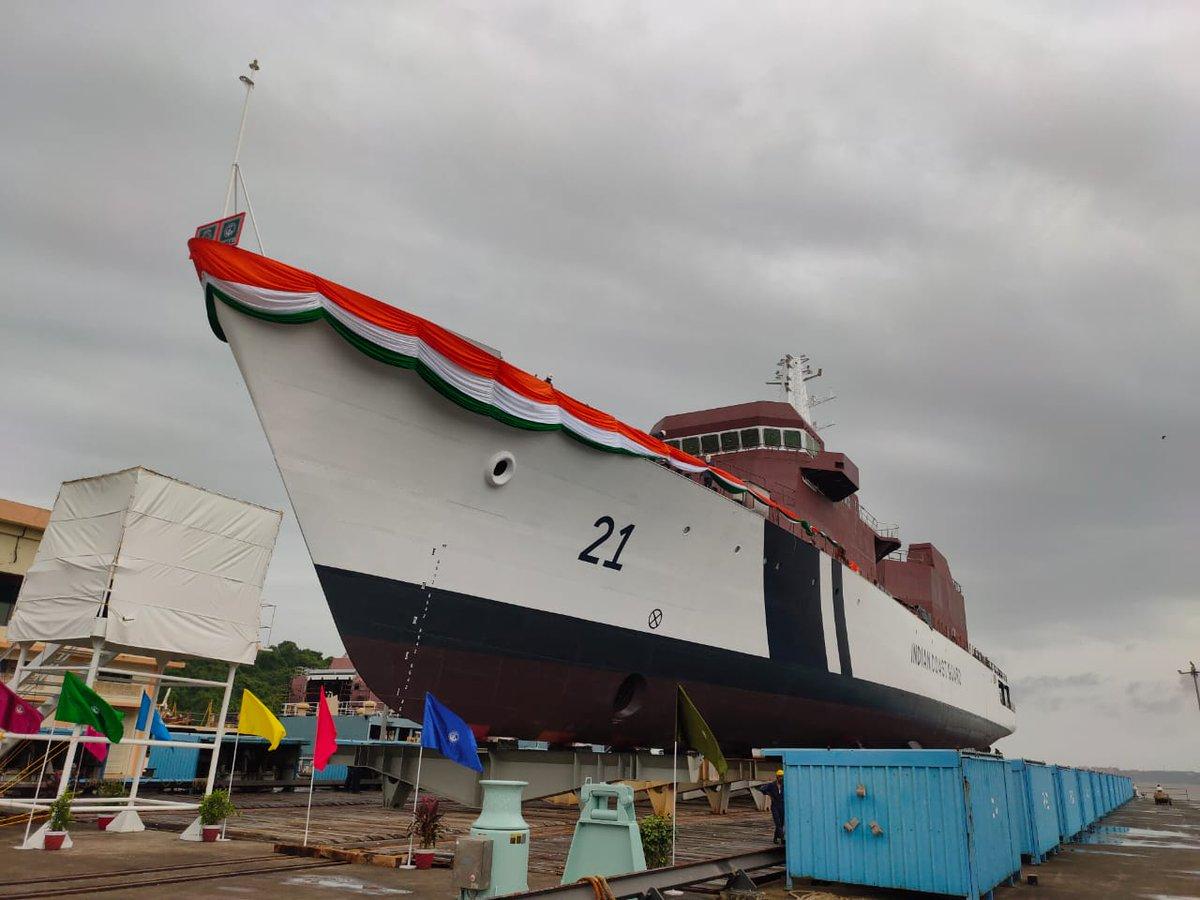 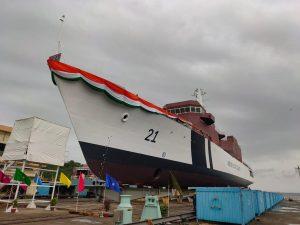 An Offshore Patrol Vessels (OPV) for the Indian Coast Guard has been launched and re-christened as Indian Coast Guard Ship ‘Sarthak’. Goa Shipyard Limited (GSL) has designed and developed the Offshore Patrol Vessel ‘Sarthak’ which is the 4th in the series of five OPVs. ‘Sarthak’ has been built indigenously and is designed in such a way that it carries a twin-engine helicopter, four high speed boats along with one inflatable boat for swift boarding and Search & Rescue operations. It will be deployed extensively for EEZ surveillance, Coastal Security and other duties.

The Offshore Patrol Vessels (OPV) ‘Sarthak’ is 105 metres long and fitted with state-of-the-art Navigation and Communication equipment, sensor and machinery. It displaces approximately 2350 tons and has been propelled by two 9100 KW diesel engines. It has been designed to attain a maximum speed of 26 knots, with an endurance of 6000 Nautical Miles.