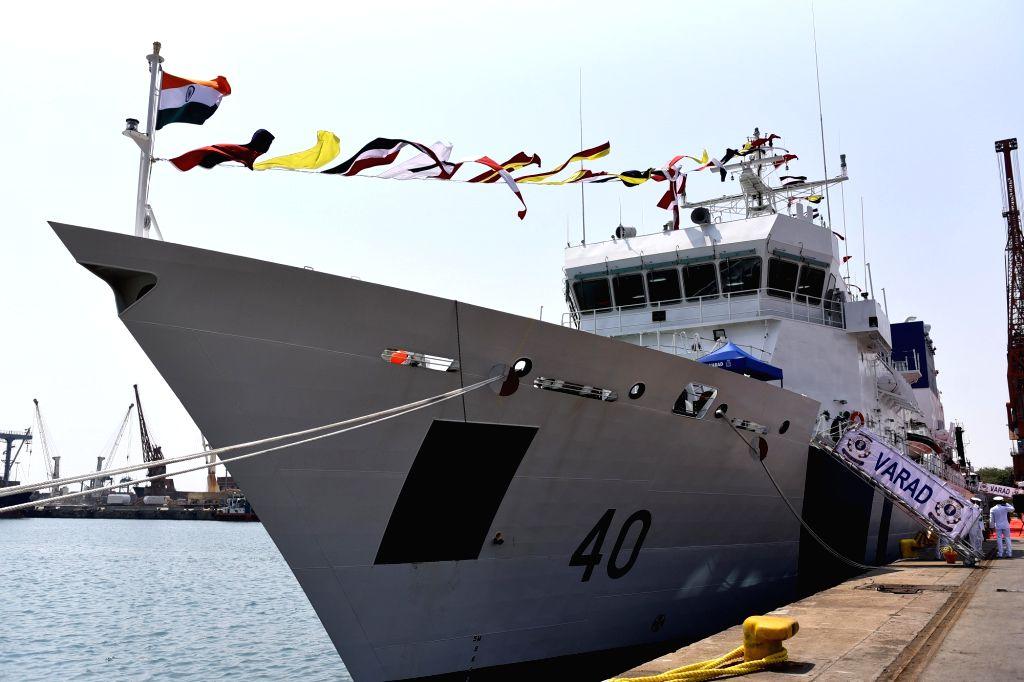 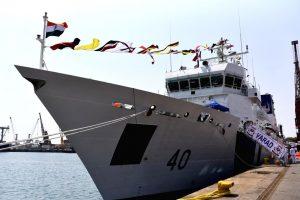 The Indian Coast Guard’s Offshore Patrol Vessel “ICGS Varad” has been commissioned by the Union Minister of State for Shipping (I/C) & Chemicals and Fertilizers Shri Mansukh Mandaviya. The minister also accorded the ‘Guard of honour’ parade as part of commissioning ceremony of ICGS Varad which was held in Chennai.

The 98 metre long and 15 metre wide ICGS Varad is having a gross tonnage of 2100 tons. It has a maximum speed of 26 Knots along with endurance of 5000 nautical miles. The ICGS Varad will enable the fleet of ships of the Indian Coast Guard and will contribute in the monitoring and constant vigil for coastal security of Indian maritime borders. ICGS Varad has been built indigenously by Larsen & Toubro while keeping in mind the Government of India’s vision of Make in India.