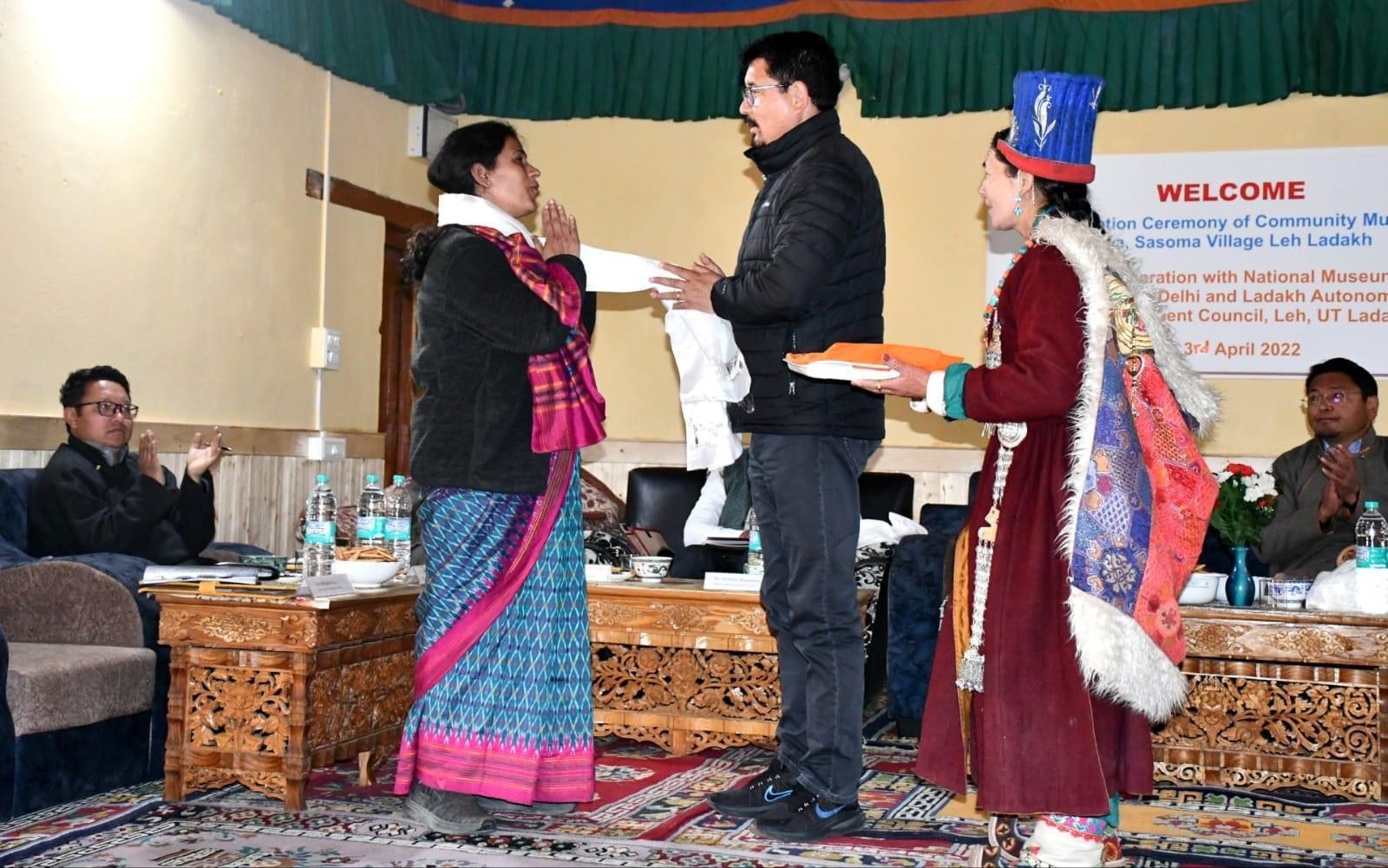 In Ladakh, a community museum opened in the Gya – Sasoma villages of the Leh district to preserve and promote the region’s rich cultural history. Tashi Gyaltson, Chairman of the Ladakh Autonomous Hill Development Council (LAHDC), Leh, inaugurated the Community Museum. Traditional utilitarian items, fabrics, clothing, and artefacts from Gya-everyday Sasoma’s life are the main attractions of the Museum. The museum is housed in a traditional house with a variety of architectural spaces and features.