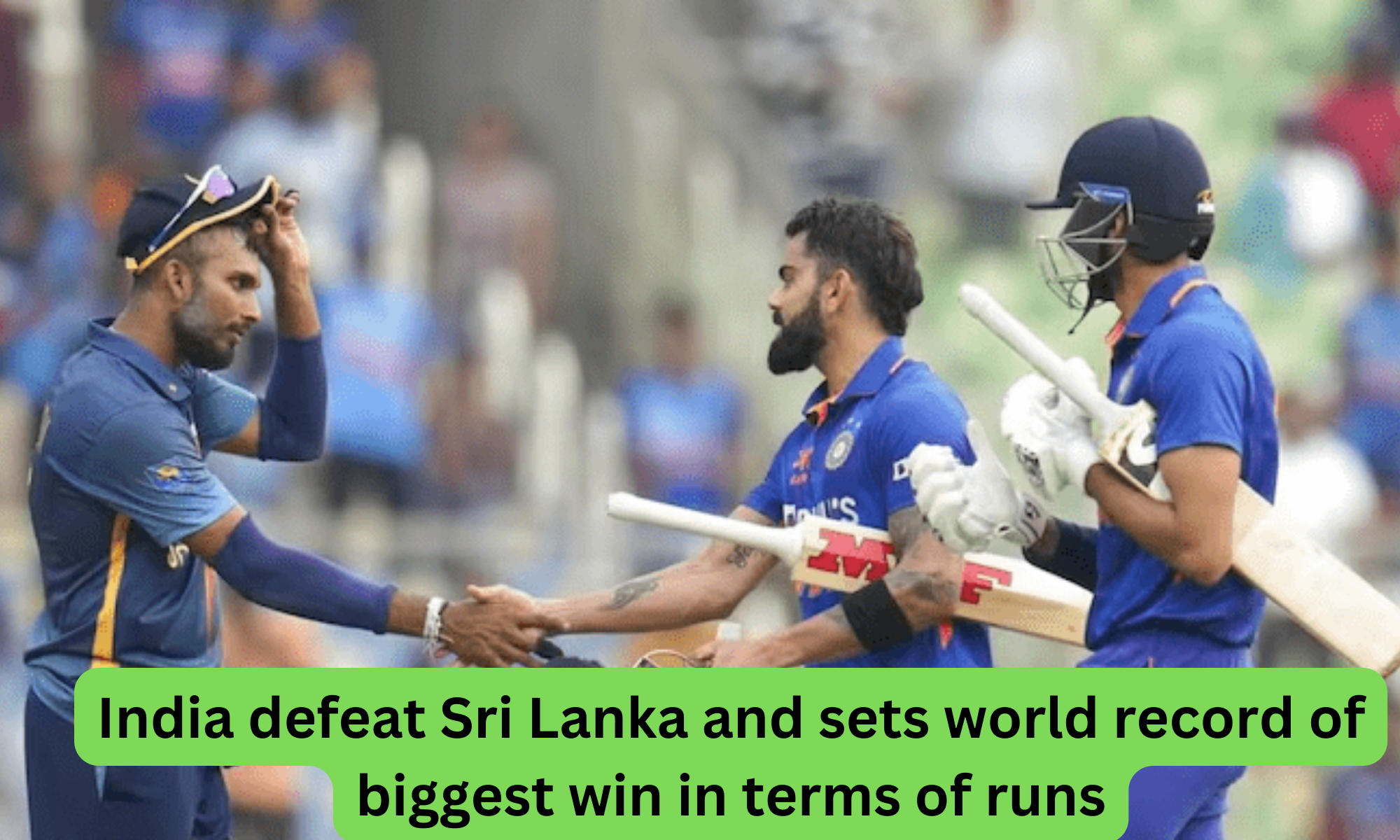 As they completely humiliated Sri Lanka in the third and final ODI of the series by a huge margin of 317 runs to create a clean sweep of the visitors, the Men in Blue have once again inscribed their name in the history book with golden letters.

Prior to India’s historic victory, New Zealand, which defeated Ireland by 290 runs in 2008 at Aberdeen, held the global record for the largest win in terms of runs. Second and third position respectively go to Australia’s 275 run victory over Afghanistan in 2015 and South Africa’s 272 run triumph over Zimbabwe in 2010.

Prior to the victory over Sri Lanka, Bermuda in 2007 represented Bermuda’s best victory in terms of runs, with the Blues defeating their opponents by a margin of 257 runs.

In the third and final ODI of the three-match series against India, Sri Lanka Cricket (SLC) is looking for explanations for the team’s record defeat. The islanders failed to achieve a victory in the series after losing the third ODI against India by a record margin of 317 runs. Dasun Shanaka’s team failed to reach its 391-run goal and was defeated by just 73 runs. Sri Lanka Cricket issued a statement following the defeat asking the team management for a report on the significant setback.