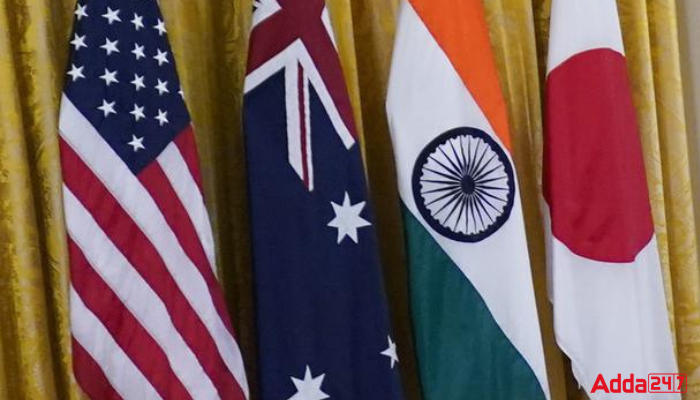 The Quad group meeting will be hosted by India in New Delhi with Japan, U.S, and Australia in the coming week. The Quad meeting is the first such “Senior Officers Meeting” (SOM) to be held after tensions rose between China and Taiwan. The Quad SOM meeting is one of several meetings to be held between India and Indo-Pacific Partners.

The Quad SOM meeting is going to be held anytime between 5th-6th September. The SCO summit in Uzbekistan in mid-September is ahead of the Quad SOM meeting. Prime Minister Narendra Modi along with the important leaders of Russia, Iran, China, Pakistan, and Central Asia will attend the SCO Summit, as it is the first such in-person meeting since the outbreak of the COVID-19 pandemic and the Russia-Ukraine war.

The officials of the Ministry of External Affairs will follow the Quad meeting with an India-US 2+2 “inter-sessional” meeting, with U.S Assistant Secretary of State for South and Central Asia Donald Lu leading the American delegation to discuss bilateral issues. The meeting will also be attended by officials of the Australian Department of Foreign Affairs and Trade (DFAT) and the Direction General of the Foreign Policy Bureau from Japan’s Ministry of Foreign Affairs.