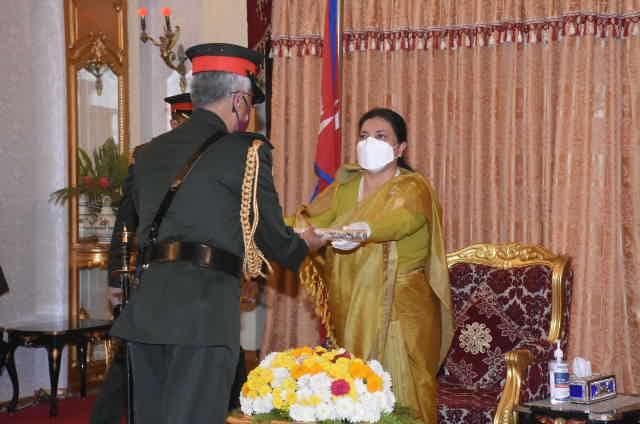 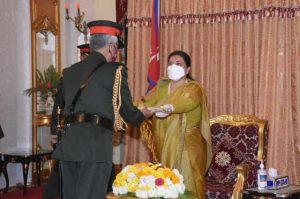 The Chief of Army Staff General, MM Naravane was conferred the honorary rank of General of the Nepali Army by President Bidya Devi Bhandari. He was honoured at a special ceremony at the President’s official residence ‘Shital Niwas’ in Kathmandu, Nepal. The ceremony was attended by the Prime Minister of Nepal K.P. Sharma Oli, Indian Ambassador Vinay M. Kwatra and other senior officials of both the countries.

The practice follows a seven-decade-old tradition of conferring Army Chiefs of each other’s country with the honorary title. Commander-in-Chief General KM Cariappa was the first Indian Army Chief to be decorated with the title in 1950. In January last year, Chief of Nepali Army, General Purna Chandra Thapa, was also made the honorary General of the Indian Army by President Ram Nath Kovind at a ceremony in New Delhi.