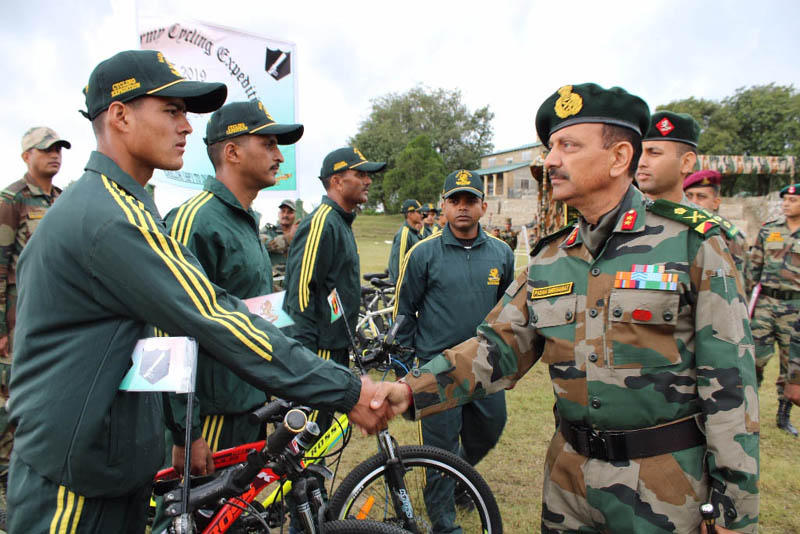 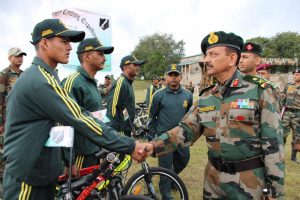 Konark Corps of Indian Army has launched a 1971 kilometres cycling expedition in Gujarat and Rajasthan to commemorate the commencement of the Golden Jubilee Victory Celebrations of Indian Armed Forces in the Indo-Pak War of 1971. 1971 Kilometers ‘Swarnim Vijay Varsh Cyclothon’ across Gujarat & Rajasthan has been joined by the relay teams of 20 participants each of the various Army Formations across the two states.

The cycle expedition was flagged off from an outpost near Lakhpat in Kutch by Honorary Captain Gumansinh Jhala, an 87-year-old War Veteran who had participated in both Indo-Pak wars of 1965 & 1971 then serving with 7 Grenadiers.