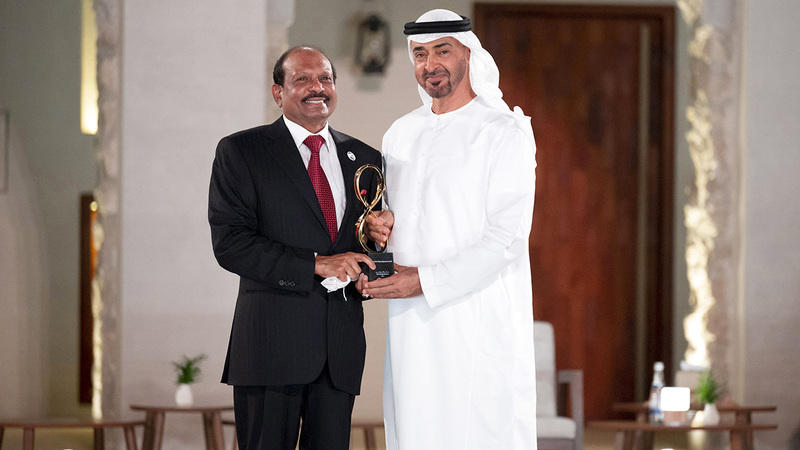 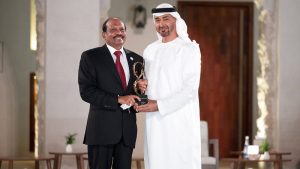 Crown Prince of Abu Dhabi, Sheikh Mohamed Bin Zayed Al Nahyan has honoured Indian-origin businessman Yusuffali MA and 11 other individuals with Abu Dhabi’s top civilian award for their noble and charitable contributions to the community. The prestigious award was given to Mr Yusuffali, who was born in Kerala, for his outstanding contribution to Abu Dhabi’s business, industry and support to various philanthropic initiatives.

Mr Yusuffali, the Chairman and Managing Director of Abu Dhabi-based LuLu Group which operates hypermarkets and retail companies in many countries, was honoured on Friday by the Crown Prince.

The individuals were honoured for a wide range of contributions, including efforts in the healthcare field, community service and volunteering, humanitarian work, as well as culture, heritage and environmental preservation. The awards, which were given at the 10th edition of the Abu Dhabi Awards held at Qasr Al Hosn, a historical landmark and the oldest stone building in Abu Dhabi, celebrate compassionate individuals who have selflessly devoted their time and effort to spreading goodness and serving the community.