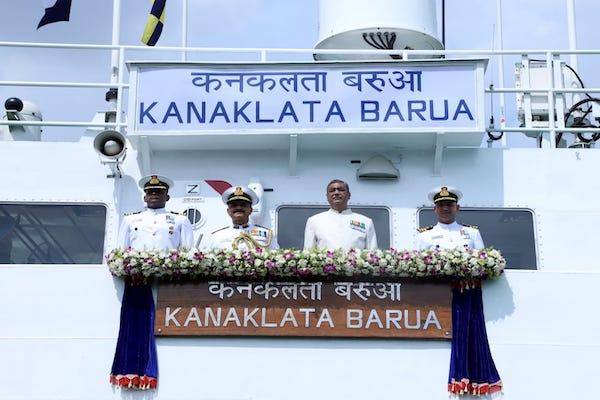 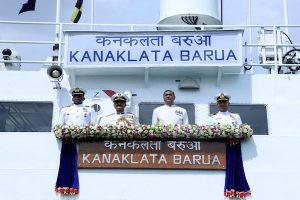 The Indian Coast Guard Vessel Karnaklata Barua was commissioned at Kolkata. It is the fifth and last in a series of Fast Patrol Vessel (FPV) built by Garden Reach Shipbuilders and Engineers (GRSE) Ltd. The FPVs are upgraded versions of the inshore patrol vessels with a modified form of the hull and can achieve a speed of 34 knots. Such vessels have also been delivered to Indian Navy by GRSE.

Indian Coast Guard Vessel Karnaklata Barua was named after a teenage freedom fighter who was shot dead in Assam during the Quit India Movement. The other four are ICGS Priyadarshini (named after Indira Gandhi), ICGS Annie Besant, ICGS Kamala Devi (after Kamala Devi Chattopadhyay), and ICGS Amrit Kaur. These ships are suited for patrolling, maritime surveillance, anti-smuggling, anti-poaching operations and also for fishery protection, and rescue and search missions.