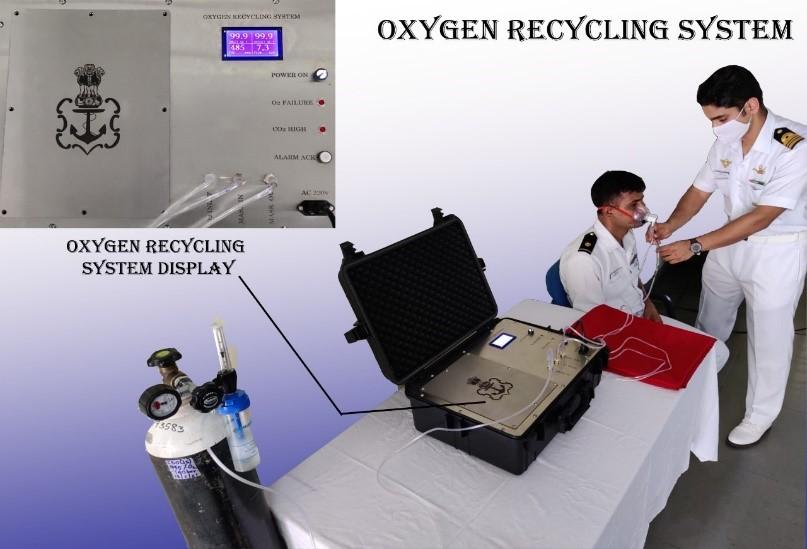 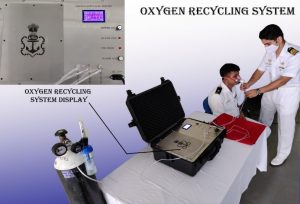 The Indian Navy has designed an Oxygen Recycling System (ORS) to mitigate the existing Oxygen shortages. Indian Navy’s Diving School of the Southern Naval Command has conceptualised and designed the System as they have expertise in this area because the basic concept is used in some of the diving sets used by the school.

ORS will extend the life of the existing medical oxygen cylinders by two to four times, using the fact that only a small percentage of oxygen inhaled by a patient is actually absorbed by the lungs, while the rest is exhaled along with carbon dioxide produced by the body.