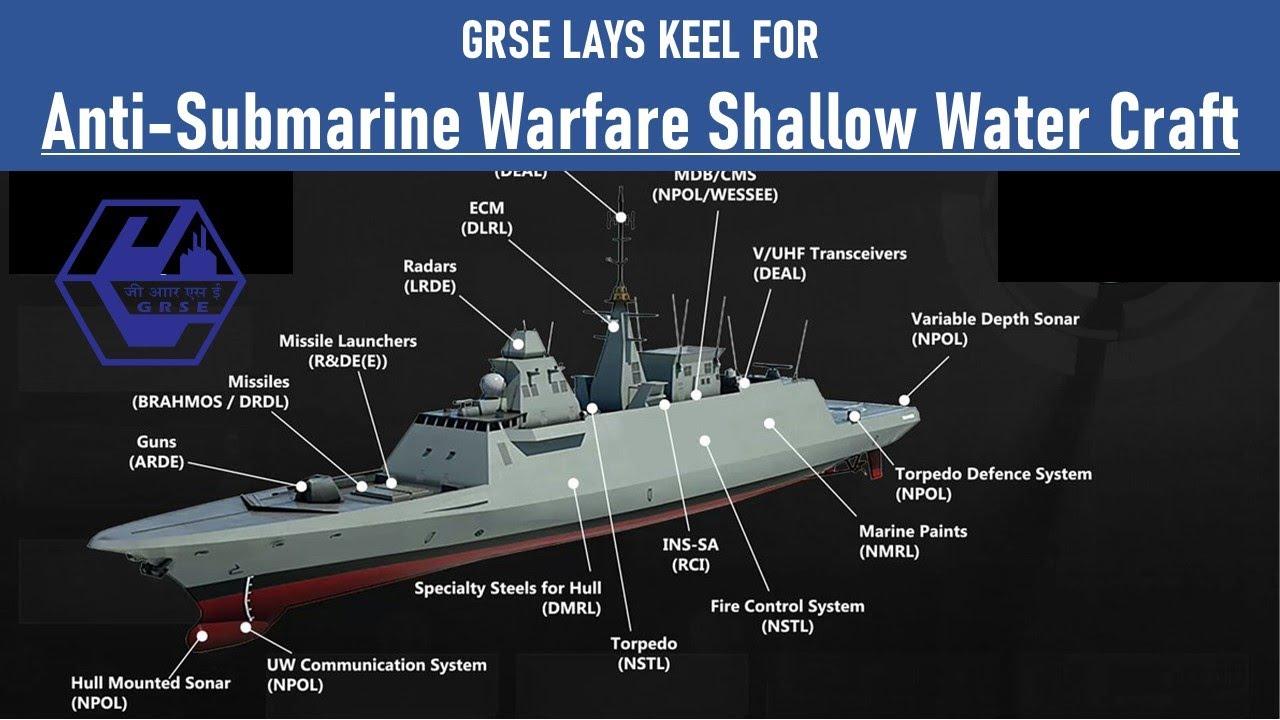 The Indian Navy launched ‘Arnala’, the first of the eight indigenously-built anti-submarine warfare shallow water craft (ASW-SWC), at the shipbuilding facility of L&T in Chennai’s Kattupall. Built by Garden Reach Shipbuilders and Engineers (GRSE), ‘Arnala’ made its first contact with the water of the Bay of Bengal.

Arnala: What The Name Suggest:

The ship has been named ‘Arnala’ to signify the strategic maritime importance accorded to the island of Arnala, located about 13 kilometres north of Vasai, Maharashtra, by Maratha warrior king Chhatrapati Shivaji Maharaj.

More About This Current Development: Its Significance:

The ‘Arnala’ class of ships will replace the ‘Abhay’ class ASW ships of the Indian Navy. These are designed to undertake anti-submarine operations in coastal waters and low-intensity maritime operations (LIMO), including subsurface surveillance in littoral waters. The 77.6-metre-long ASW-SWC ships have a displacement of 900 tonnes with a maximum speed of 25 knots and endurance of 1800 nautical miles (NM).