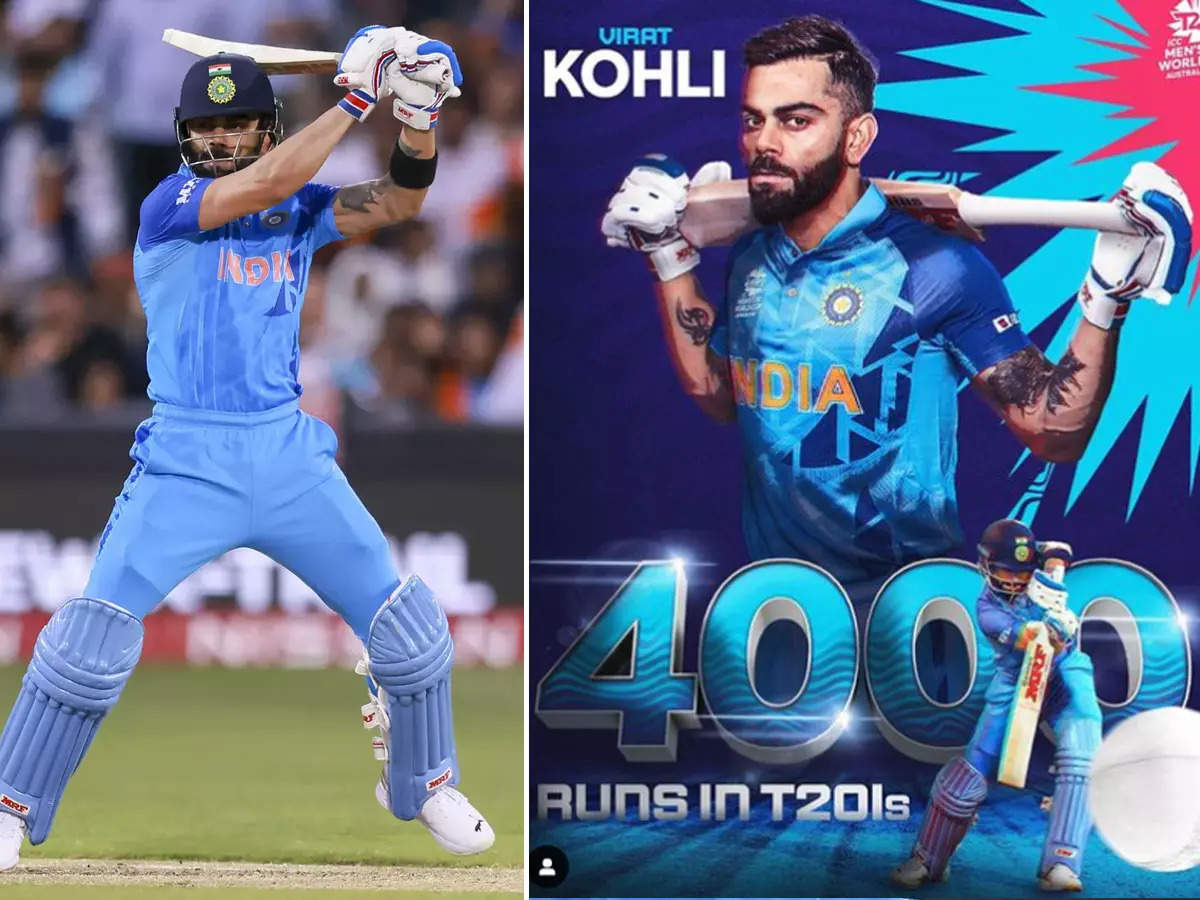 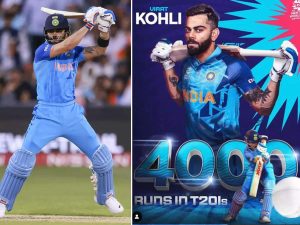 Indian star cricketer, Virat Kohli has scripted history as he became the first batter in history to reach 4000 runs in T20 Internationals. Kohli reached the landmark in the second semi-final of the T20 World Cup 2022 against England in Adelaide. Earlier, Kohli became the all-time leading run-scorer in the men’s T20 World Cups against Bangladesh in Adelaide, overtaking Mahela Jayawardene’s record of 1016 runs, which was set in 2014. Kohli, remarkably, raced to the magnificent milestone while batting at an average of 53.34. He is the only batter in the shortest format to average over 50 and reached the milestone in 115 matches.

Kohli was named Player of the Tournament in both the 2014 and 2016 T20 World Cups, making him the only male cricketer to do so. Kohli is also the highest run-scorer in the history of T20I cricket. On the list, he is ahead of captain Rohit Sharma, Martin Guptill, Babar Azam, and Paul Stirling. Kohli currently has a strike rate of nearly 140 and an average of more than 50. Kohli is also the top scorer in the T20 World Cup 2022 with over 270 runs in 6 matches.