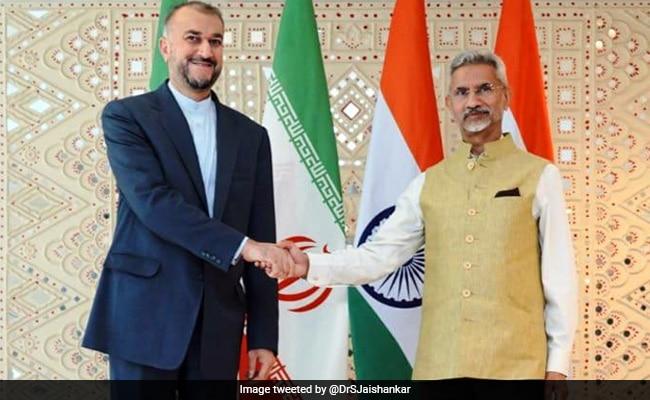 India will look to resume buying crude oil from Iran the moment US sanctions are eased, helping it diversify its import basket, a senior government official said. India stopped importing oil from Iran in mid-2019 following sanctions on the Persian Gulf nation by the Trump administration. The US and other world powers are meeting in Vienna to revive the Iran nuclear deal.

What The Officials Said:

“Once the sanctions are lifted, we can look to resume oil imports from Iran,” the official, who did not wish to be identified, said. Indian refiners have begun preparatory work and can swiftly enter into contracts once the sanctions are lifted, he said. “We already have a template for commercial terms and we can very quickly enter into contracts the moment Iran is cleared for exporting oil,” the official said.

Why India Will Consider It:

Iranian oil coming into the market will not just cool prices but also help India diversify its import basket. In 2020-21, Iraq was India’s biggest oil supplier, followed by Saudi Arabia and the UAE. Nigeria was fourth-largestsupplier and the US was the fifth. “We have been advocating for oil producers to pump in more oil by easing output caps,” the official said. “Rising oil prices are a threat to the fragile economic recovery around the globe including in India.” India, he said, did not advocate for such output increases when prices were within a certain reasonable limit.

“We voiced our concerns when oil crossed USD 63-64 $ on a sustained basis,” he said. “We want prices that are reasonable for producers and affordable for consumers.” India — once Iran’s second-biggest customer — imports more than 85 per cent of its oil needs. Iranian crude will bring a number of benefits, including a longer credit cycle and shorter voyage savings on freight costs. Iranian exports tumbled after former US President Donald Trump tightened sanctions in 2018 and ended waivers for some countries in 2019, including India. Iran and world powers this week began their most serious attempt yet to resurrect a nuclear deal.

Why Iran Has Been Sanctioned:

Iran re-started banned nuclear programme after Trump pulled out of the deal and re-imposed sanctions on Iran. Even though new US President Joe Biden wants to rejoin, both sides say the other must make the first move. India was second-biggest buyer of Iranian oil after China before sanctions halted supplies in May 2019. Iran in 2017-18 was its third-largest supplier after Iraq and Saudi Arabia and met about 10 per cent of total needs.

Till 2010-11, Iran was India’s second-biggest supplier of crude oil after Saudi Arabia but Western sanctions over its suspected nuclear programme relegated it to the seventh spot in the subsequent years. In 2013-14 and 2014-15, India bought 11 million tonnes and 10.95 million tonnes, respectively from it. Sourcing from Iran increased to 12.7 million tonnes in 2015-16, giving it the sixth spot. In the following year, the Iranian supplies jumped to 27.2 million tonnes to catapult it to the third spot. Iranian oil is a lucrative buy for refiners as the Persian Gulf nation provides 60 days of credit for purchases, terms not available from suppliers of substitute crudes — Saudi Arabia, Kuwait, Iraq, Nigeria and the US.