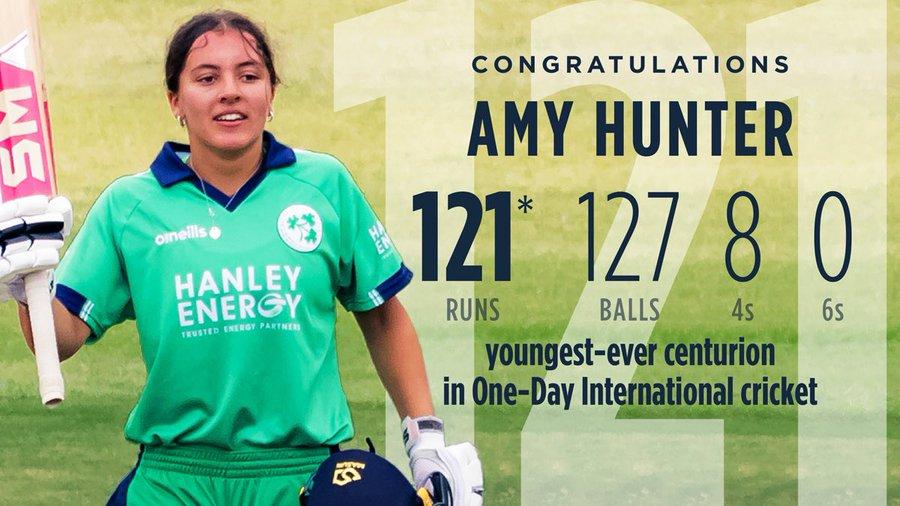 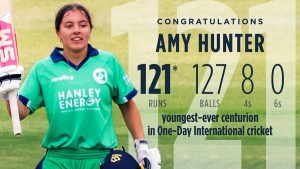 Ireland’s Amy Hunter hit 121 not out on her 16th birthday against Zimbabwe, making her the youngest batter to score an ODI century in either men’s or women’s cricket. The Belfast batter – who was playing in only her fourth ODI – broke the record previously held by India’s Mithali Raj, scorer of a century against Ireland in 1999 when she was 16 years 205 days.