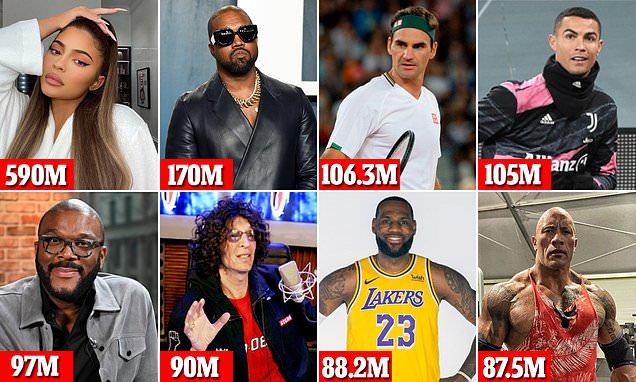 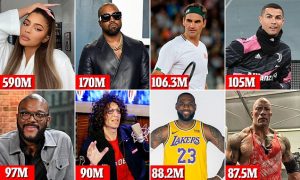 American media personality and reality TV star, Kylie Jenner has been crowned the highest-paid celebrity of 2020 by Forbes. The top-earning stars in the world earned a combined of $6.1 billion in 2020 with Kylie Jenner. Setting aside Kylie’s history with Forbes, the financial experts there calculated her earning this year to be at $590 million after she sold a majority of her beauty brand’s stake to Coty Inc.

Ranked at number 2 on the list by making $170 million was American rapper and record producer Kanye West, who is also coincidentally Kylie’s brother-in-law. In addition to Tyler Perry, Howard Stern, and Dwayne Johnson, A-lister athletes like Roger Federer, Cristiano Ronaldo, Lionel Messi, Neymar and LeBron James helped round out the top 10. Due to the impact of the COVID-19 pandemic on the entertainment industry, this year’s combined total of USD 6.1 billion was USD 200 million lesser than that of 2019.