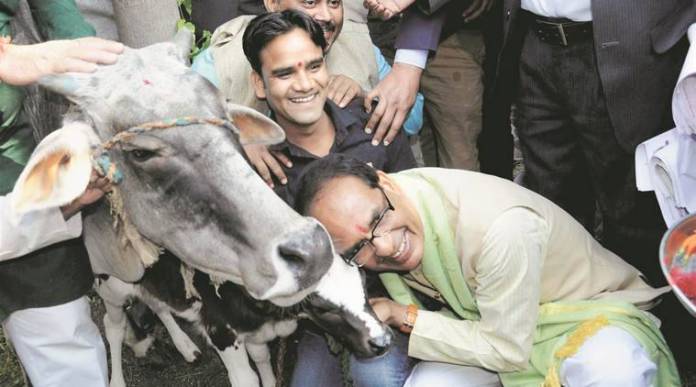 The Madhya Pradesh government, led by Chief Minister Shivraj Singh Chouhan, has decided to set up a ‘Gau Cabinet’ for the protection, conservation and promotion of cows in the state. The Cabinet will comprise of the departments of animal husbandry, forests, panchayat and rural development, revenue, home and farmers welfare.

The first meeting of the Cabinet will be held at 12 pm on ‘Gopashtami’ on November 22 at the Cow Sanctuary in Agar-Malwa district named ‘Kamdhenu Gau Abhyaranya ‘. It is India’s first cow sanctuary which was set up by the Bharatiya Janata Party (BJP)-led Madhya Pradesh government in September 2017.