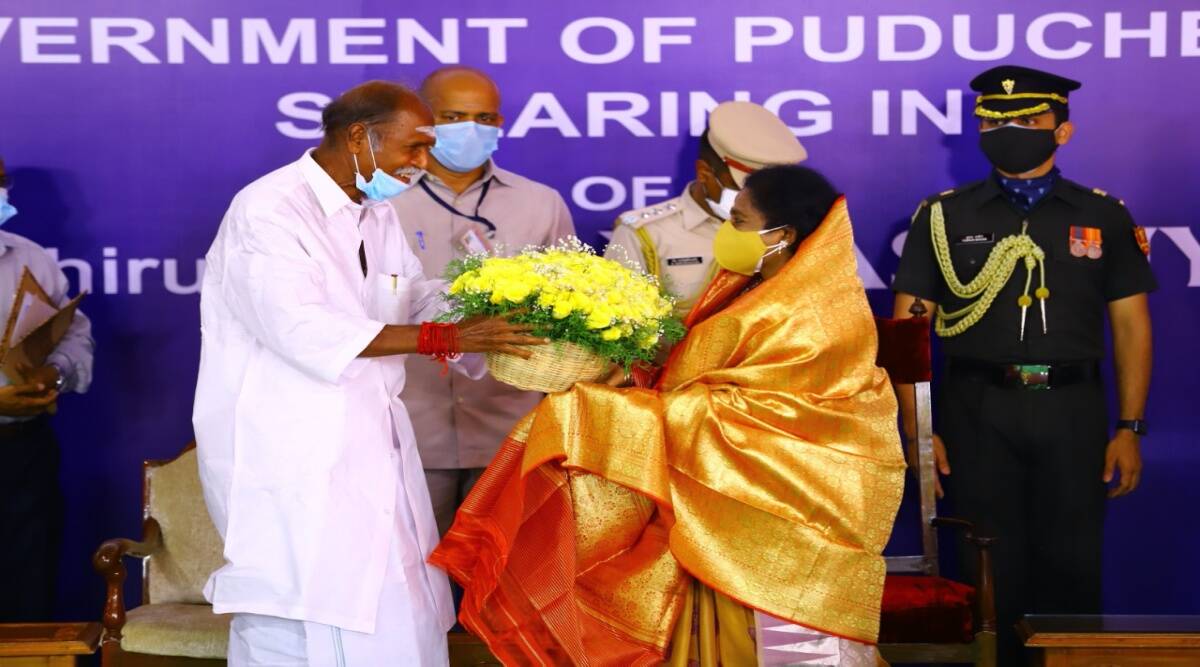 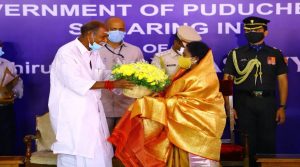 The All India NR Congress (AINRC) founder leader N Rangasamy has been sworn in as the Chief Minister of the Union Territory of Puducherry, for a record fourth time, on May 07, 2021. N Rangasamy was administered the oath of office and secrecy by Lieutenant governor (additional charge) Tamilisai Soundararajan.

Prior to this, the 71-year-old served as Chief Minister of Puducherry from 2001 to 2008 as a member of the Indian National Congress and then from 2011 to 2016 as a member of AINRC. It will be the first time that Rangasamy will be heading a coalition cabinet, National Democratic Alliance (NDA) in the UT, which has members from BJP and AINRC.