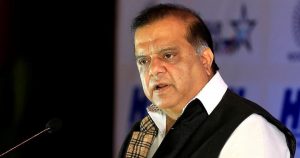 Narinder Batra has been re-elected as the President of the International Hockey Federation (FIH) for the second consecutive term. He was elected during the virtual 47th Congress of FIH, where he beat Marc Coudron, Chief of Belgium Hockey Federation, by just two votes. He will hold the office until 2024 because the FIH has reduced the term from four to three years.

The veteran Indian sports administrator is the only Asian to be appointed to the top post in the world body’s 92-year-old history. He is also the President of the Indian Olympic Association (IOA) and a Member of the International Olympic Committee (IOC).