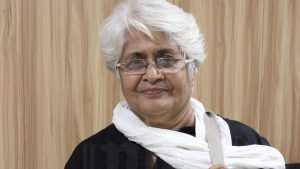 Acclaimed Marathi filmmaker, Sumitra Bhave has passed away. Sumitra Bhave was popular as a duo with filmmaker Sunil Sukthankar in Marathi cinema and Marathi theatre. She was known for her out-of-the-box content and also for the way she handled social issues in her films.