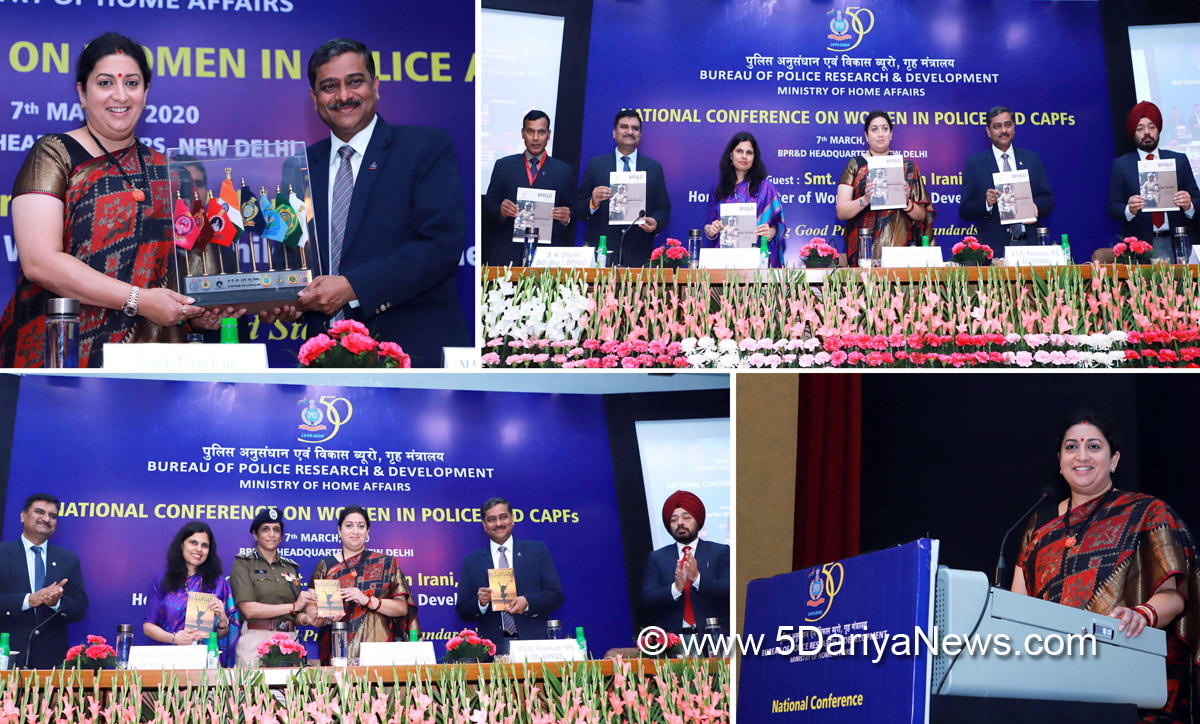 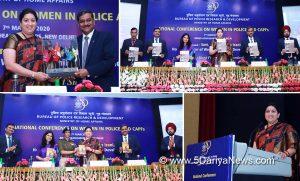 Union Minister for Women and Child Development Smriti Zubin Irani inaugurated the “National Conference on Women in Police and CAPFs (Central Armed Police Forces)” in New Delhi. The Conference was organized by the Bureau of Police Research and Development (BPR & D). Smriti Irani also released a hand-out- ‘BPR & D Mirror- Gender Bender’ and also the book titled “To Greater Heights”. The Minister stressed the importance of the women to be trained many as forensic and cybercrime investigators because women are victimised more in cybercrimes.

The main objective of the National Conference was to discuss and deliberate on the following 2 (two) themes:

The Government of India established the Bureau of Police Research and Development (BPR&D), under the Ministry of Home Affairs in the 1970s. It replaced the Police Research and Advisory Council (1966), with the primary objective of modernization of police force. The Government of India further decided to create a National Police Mission under the administrative control of BPR&D to transform the police forces in the country. Recently, BPR&D observed its 50th foundation day.