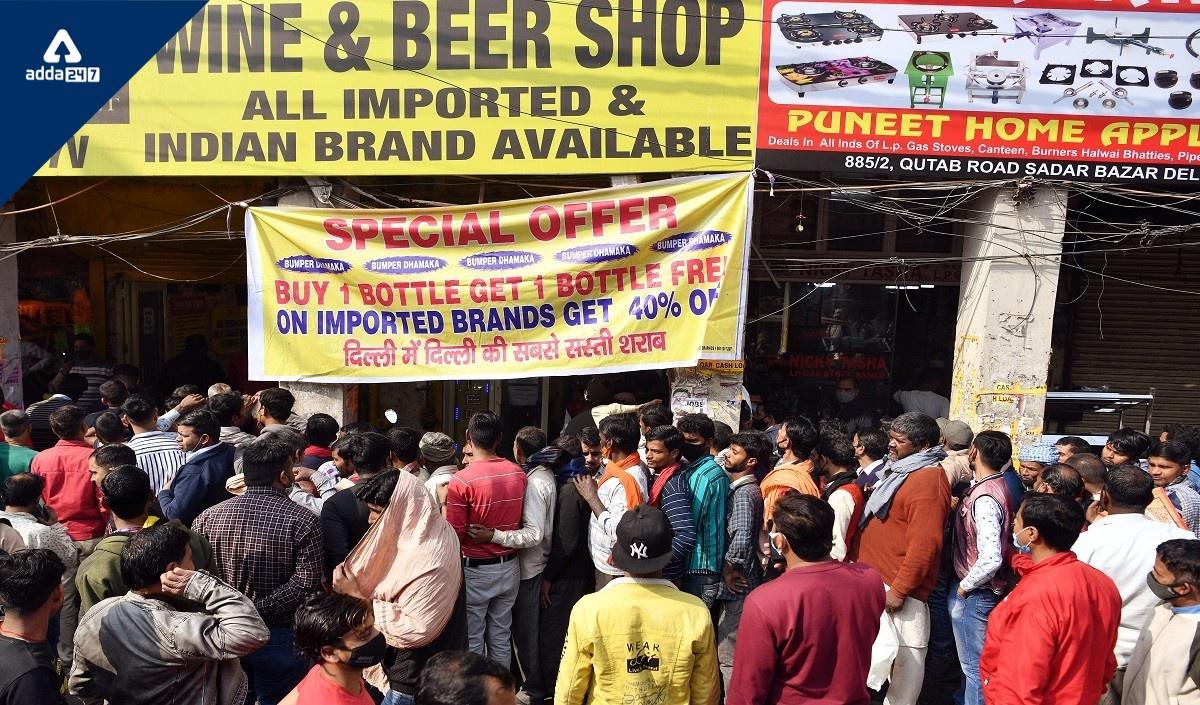 New Excise Policy 2021-2022 is unveiled by the Delhi government. The policy seems to provide a walk-in experience for customers at alcohol shops, promote microbreweries, and allow bars in hotels, restaurants, and clubs to operate till 3 AM. On 1 August, the Excise Policy 2021-22 was made public.

Delhi ranks as the 28th city which is most visited in the world and the first city in India, by foreign visitors. The Excise revenue is an important source of revenue for Delhi. The current system of excise regime in Delhi is highly complicated and the liquor trade is done in a  very old-fashioned way. The new Excise Policy granted for Delhi has significant potential to increase revenue generation and provide a decent stand of customer experience to build the national capital.

The major function of the Excise department is to regulate, control and monitor the possession, import, export, transport, sale, and consumption of liquor and other intoxicants. The power of the state to control and regulate the trade of liquor is introduced under entry 8, list II-state list of the seventh schedule of the constitution of India. According to entry 51, List II-State List, states are empowered to levy excise duty and also anti-subsidy duties on liquor for human consumption, taking into account economic and social considerations. For this, the statutory powers are discharged under the Delhi Excise Act, 2009.

Delhi Excise Policy For the year 2021-2022: Benefits of the Policies

Four major liquor stores were running their business in the city. The four corporations were: DSIIDC, DTTDC, DCCWS, and DSCSC. The government corporation ran about 475 liquor stores out of the 864 total stores in Delhi. There were 389 private stores under the old Delhi Excise Policy.