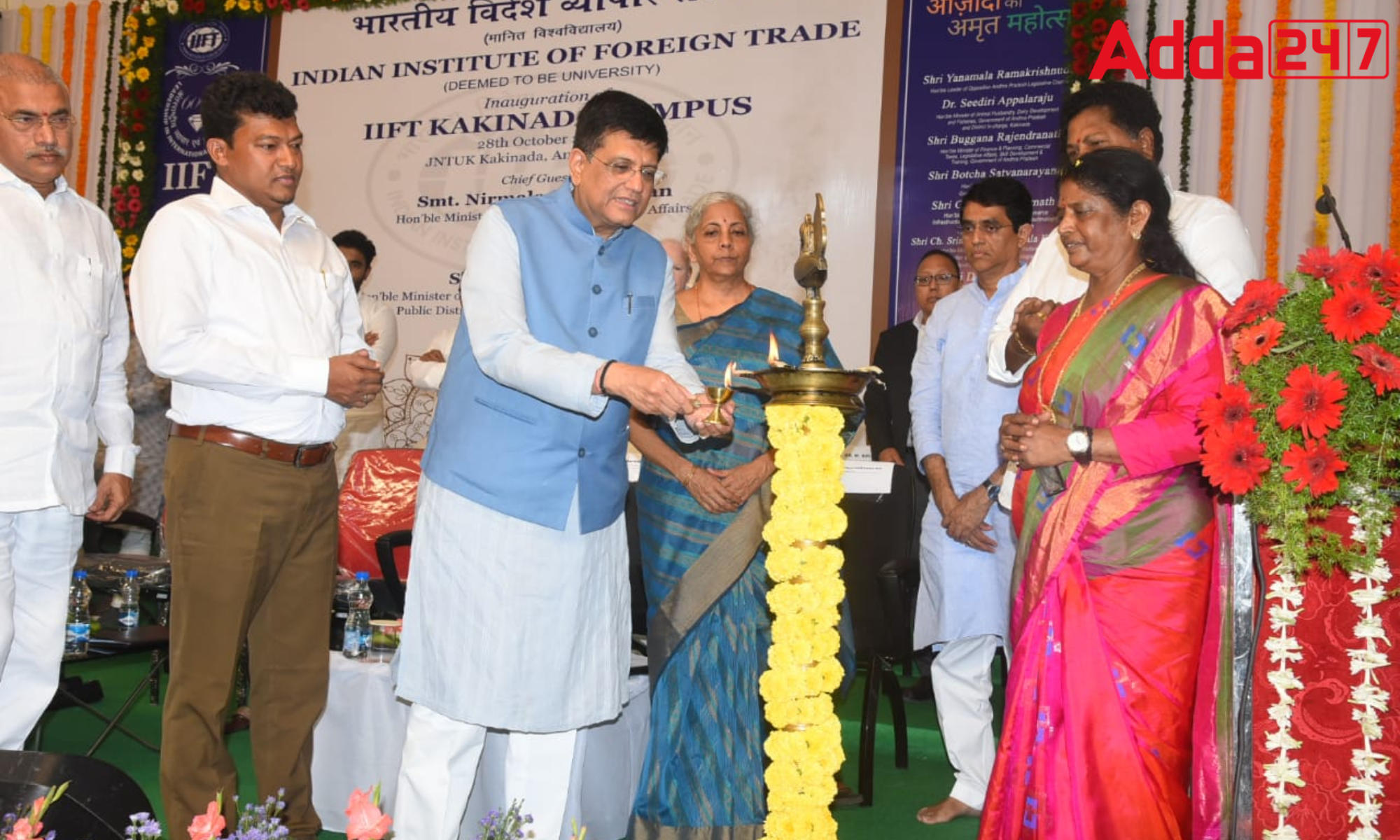 New IIFT campus inaugurated: Nirmala Sitharaman, the nation’s finance minister, officially opened the third campus of the Indian Institute of Foreign Trade (IIFT) at the Jawaharlal Nehru Technological University (JNTU) -K campus in Kakinada. She outlined the significance of the IIFT campus for the development of the country. She stressed the value of IIFT in terms of research and policy development for the growth of the Ministry of Commerce.